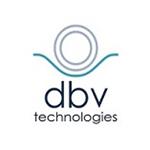 Last Updated on January 23, 2023 by GlobeNewsWire

Under the liquidity contract between DBV Technologies and ODDO BHF, the following assets appeared on the liquidity account as of December 31, 2022:

Over this same period, the volumes traded represented:

DBV Technologies is developing Viaskin(R), a proprietary technology platform with broad potential applications in immunotherapy. Viaskin is based on epicutaneous immunotherapy, or EPIT(R), DBV’s method of delivering biologically active compounds to the immune system through intact skin. With this new class of self-administered and non-invasive product candidates, the Company is dedicated to safely transforming the care of food allergic patients, for whom there are no approved treatments. DBV’s food allergies programs include ongoing clinical trials of Viaskin Peanut and Viaskin Milk, and preclinical development of Viaskin Egg. DBV is also pursuing a human proof-of-concept clinical study of Viaskin Milk for the treatment of Eosinophilic Esophagitis and exploring potential applications of its platform in vaccines and other immune diseases. DBV Technologies has global headquarters in Montrouge, France and Basking Ridge, NJ. The Company’s ordinary shares are traded on segment A of Euronext Paris (Ticker: DBV, ISIN code: FR0010417345), part of the SBF120 index, and the Company’s ADS (each representing one-half of one ordinary share) are traded on the Nasdaq Global Select Market (Ticker: DBVT).