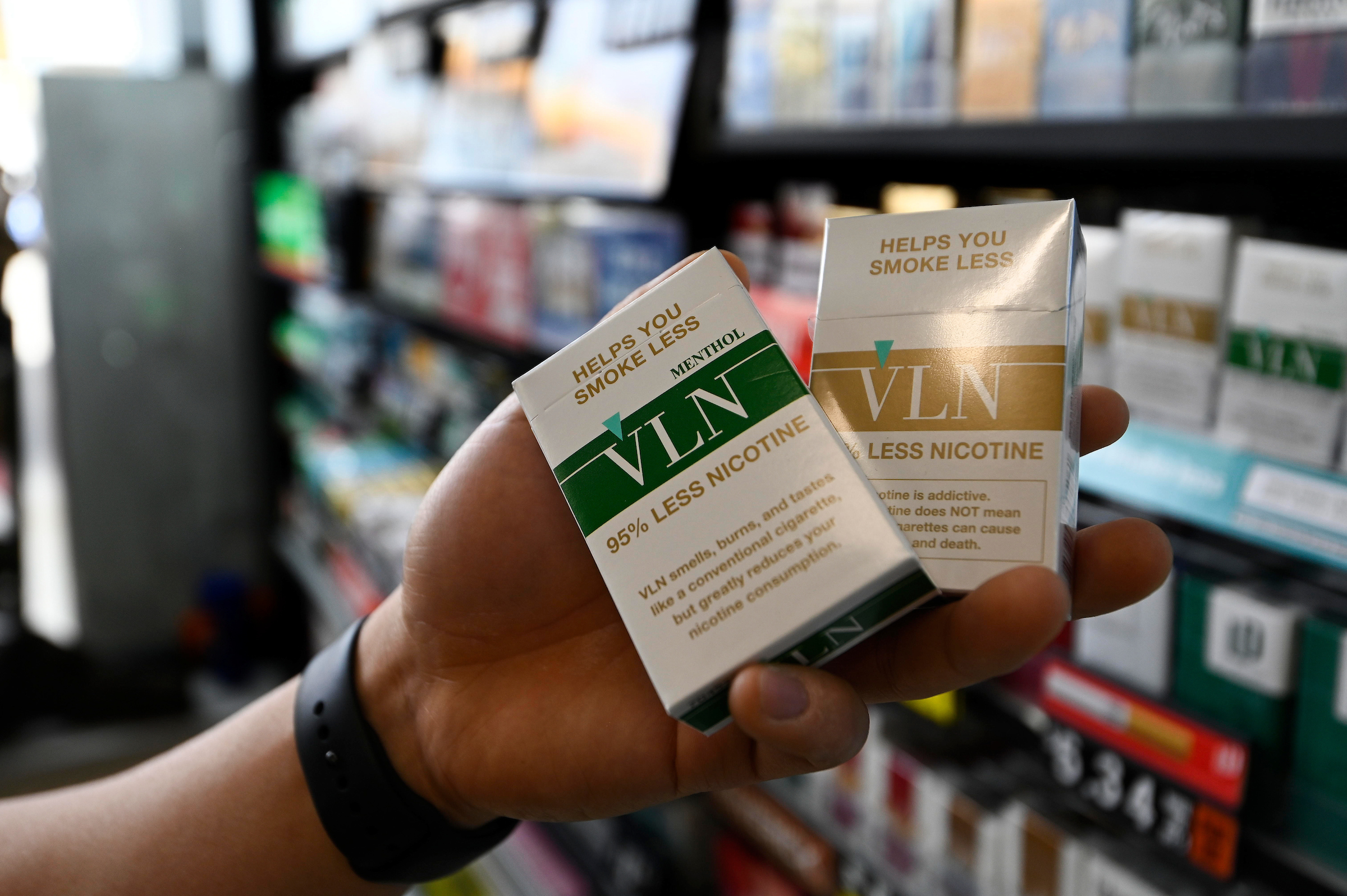 Last Updated on April 13, 2022 by GlobeNewsWire

The proprietary tobacco was the subject of 10 years of research and more than 50 government-funded, independent clinical trials. The research was conducted by or for esteemed public health institutions and universities, including: the FDA; the National Institute on Drug Abuse (NIDA); Centers for Disease Control and Prevention (CDC); the National Cancer Institute (NCI); Johns Hopkins University; and Mayo Clinic, to name a few.

As a result of these and other scientific evidence, VLN(R) received the FDA’s first and only modified risk tobacco product (MRTP) authorization granted for a combustible tobacco cigarette. Additionally, the FDA requires each package of VLN(R) to prominently display the evidence based claim “Helps you smoke less.”

“We know that three out of four adult smokers want to quit and the data on these products show they can help addicted adult smokers transition away from highly addictive combusted cigarettes,” said Mitch Zeller, J.D., former director of the FDA’s Center for Tobacco Products, in the FDA’s December 2021 MRTP authorization press release for 22nd Century’s VLN(R) King and VLN(R) Menthol King cigarettes.

“As a primary care physician, I’ve lost patients because they were unable to quit smoking,” Dr. Butt said. “We can’t ignore new products that could help people smoke less. If the FDA says this reduced nicotine cigarette will help people smoke less, then as doctors it’s something we need to consider for patients.”

James A. Mish, chief executive officer of 22nd Century Group, said, “Studies show that at least half of all adult smokers try to quit each year, and VLN(R) cigarettes give them an alternative that tastes, smells and burns like a cigarette but greatly reduces their nicotine consumption.”

Michael Zercher, president & chief operating officer of 22nd Century Group, said the company is focused on harm reduction and plant technology/science and not affiliated with the “big tobacco” companies.

“More than 30 million Americans still smoke despite decades-long attempts to migrate smokers to other forms of nicotine delivery, taxing cigarettes, banning public smoking, and numerous education campaigns about the dangers of smoking,” Zercher said. “22nd Century Group is the only company approaching the problem by removing the addictive element from combustible cigarettes, an approach the FDA projects could save 8 million lives by the end of the decade if the nicotine levels of all cigarettes were to be reduced to the levels achieved by VLN.”

In addition to “Helps you smoke less,” the FDA authorized VLN(R) to make the following claims:

In 2017, the FDA announced a comprehensive plan to limit the level of nicotine in all cigarettes, rendering them minimally addictive or nonaddictive. To be clear, no cigarette is safer even if it contains much less nicotine. VLN(R) must still include Surgeon General’s warnings and FDA-authorized language on its packaging and marketing materials.

“We applaud the FDA on this plan and fully support all cigarettes containing only minimally or non-addictive levels of nicotine,” said Dr. Butt of the Chicago Medical Society.

When choosing Chicagoland for the pilot, 22nd Century noted smokers are found within every segment of the population, many of whom are looking for alternatives. The CDC estimates 15.5% of Illinois adults aged 18 years or older smoke cigarettes, higher than the national average of 12.5%, according to 2018 state and 2020 national statistics.

A pack of VLN(R) cigarettes will be similarly priced to full nicotine premium brands, approximately $9-$12 depending on tax. Illinois is the second most expensive cigarette retail market in the United States.

The three- to six-month pilot will be the first U.S. sales of VLN(R) King and VLN(R) Menthol King cigarettes. 22nd Century is also launching VLN(R) cigarettes in South Korea, its first international market. Following the pilot, 22nd Century and Circle K intend to expand sales nationwide to more than 7,000 stores in 48 states.

About 22nd Century Group, Inc.
22nd Century Group, Inc. (Nasdaq: XXII) is a leading agricultural biotechnology company focused on tobacco harm reduction, reduced nicotine tobacco and improving health and wellness through plant science. With dozens of patents allowing it to control nicotine biosynthesis in the tobacco plant, the Company has developed proprietary reduced nicotine content (RNC) tobacco plants and cigarettes, which have become the cornerstone of the FDA’s Comprehensive Plan to address the widespread death and disease caused by smoking. The Company received the first and only FDA MRTP authorization of a combustible cigarette in December 2021. In tobacco, hemp/cannabis, and hop plants, 22nd Century uses modern plant breeding technologies, including genetic engineering, gene-editing, and molecular breeding to deliver solutions for the life science and consumer products industries by creating new, proprietary plants with optimized alkaloid and flavonoid profiles as well as improved yields and valuable agronomic traits.

Except for historical information, all of the statements, expectations, and assumptions contained in this press release are forward-looking statements. Forward-looking statements typically contain terms such as “anticipate,” “believe,” “consider,” “continue,” “could,” “estimate,” “expect,” “explore,” “foresee,” “goal,” “guidance,” “intend,” “likely,” “may,” “plan,” “potential,” “predict,” “preliminary,” “probable,” “project,” “promising,” “seek,” “should,” “will,” “would,” and similar expressions. Actual results might differ materially from those explicit or implicit in forward-looking statements. Important factors that could cause actual results to differ materially are set forth in “Risk Factors” in the Company’s Annual Report on Form 10-K filed on March 11, 2021. All information provided in this release is as of the date hereof, and the Company assumes no obligation to and does not intend to update these forward-looking statements, except as required by law.

A photo accompanying this announcement is available at https://www.globenewswire.com/NewsRoom/AttachmentNg/2c43506f-d128-482a-ba06-017c05f1dc2e