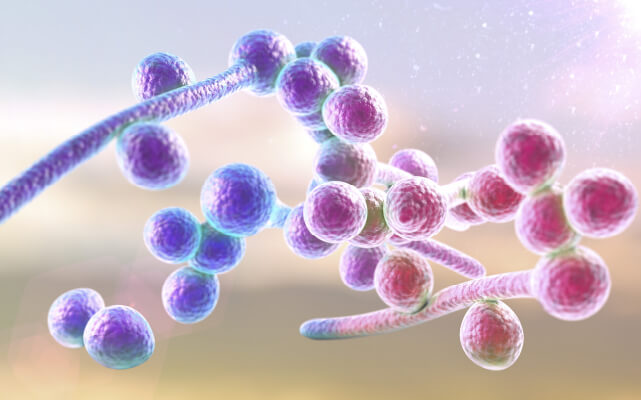 Scynexis (NASDAQ: SCYX) is a clinical stage biotech company based out of New Jersey. The company has one significant drug under development in multiple indications, ibrexafungerp, for the treatment of fungal infections. The company currently has an important catalyst on the horizon in the form of a completed phase 3 trial awaiting data readouts. Their market cap sits at $57 million with an outstanding share count just above 55 million.

Scynexis recently announced sooner-than-expected completion of the two-part VANISH trial, and those results should come before the end of the year. This trial has explored ibrexafungerp’s effectiveness in treating vulvovaginal candidiasis (VVC) among 376 patients in the United States (VANISH 303). Following those results, the company is expected to provide a readout from the global VANISH-306 study as well. Successful top-line numbers could be a major tailwind to the stock, which has struggled for months to hold above $1.

The company intends to submit their first NDA for the treatment of VVC in the second half of 2020, and they are completing another phase 3 trial, called CANDLE, for recurrent VVC to help bolster that application. The FDA has already recognized the drug as a Qualified Infectious Disease Product and also granted a fast track designation.

The company ended the second quarter with cash and equivalents of $35 million, but net working capital of just $29 million. In addition, they have $20 million worth of warrants and convertible debts that could further dilute the share count in the future.

While the company says they anticipate having a cash runway past their anticipated NDA, their second quarter loss of $8.5 million suggests it might be a shorter runway than expected. Prior to a cash raise, the share price will need to see some appreciation, which could come with the VANISH results.

One piece of positive financial news was the company’s plan to monetize their unused New Jersey tax credits to the tune of approximately $3.3 million by the end of 2019. While this funding alone won’t be enough to secure their balance sheet long-term, it’s a credit to their creative approach to avoiding dilution.

Thus far, ibrexafungerp has demonstrated broad clinical activity while maintaining a stable safety profile. Another unique aspect of the drug is its ability to be delivered orally or intravenously. The primary outcome measure for the VANISH study is clinical cure. Previously, phase 2 data showed ibuxafungerp to be more effective than the current standard treatment, with a cure rate on day 25 of 70% vs. 50% for fluconazole. Similar phase 3 data would support a quick path to FDA approval.

Besides VANISH, two additional phase 3 trials are ongoing: FURI for the treatment of rerfactory or intolerant fungal diseases, and CARES for patients with candidiasis caused by candida auris.

Another indication under examination is for treatment of aspergillosis, an infection that is often deadly for immunocompromised patients. The SCYNERGIA trial is in phase 2 and involves use of ibrexafungerp in combination with Pfizer’s antifungal drug Vfend.

Altogether, the number of shots on goal that Scynexis has over the next several months provides them with multiple opportunities for success. The share price is undoubtedly of some concern, as it has hovered just above $1 for several months. The company has expressed a desire to avoid dilution, but funds will need to be raised in some form before they can commercialize their drug, assuming all of the FDA approval hurdles are cleared first.

So Why the Low Price?

Let’s be honest, 2019 has not been kind to most biotech companies, especially small caps and clinical stage companies with little to no revenue. Even indexes like the NASDAQ Biotechnology ETF (IBB) have dropped significantly. The IBB is down 15% from 12 months ago and remains almost 30% below its all-time high from 2015.

The market’s approach to the biotech sector has largely been risk-off, as money has flowed to safer havens such as metals, bonds, and even money markets. Investors have to be highly selective and nimble these days when it comes to biotechs.

Scynexis stock has a 52-week low price of .35, and a 52-week high of 1.90. Shares have been caught in a downtrend for the past six months. Should Scynexis run up in the days before releasing their new data, the current price will look like a tremendous bargain. But we wary of short sellers quickly piling in and driving the price back down.

I would look for anything between $1.00-1.10 to be a good entry, with a reasonable exit strategy in mind to take a profit near 1.40-1.50. Within a few years’ time, I expect that this could be one of the notable success stories among small biotechs, and for those patient enough to hold through the turbulence, there could be even bigger gains.

While the company looks poised to gain eventual FDA approval and expand ibruxafungerp into multiple indications, recent history for companies with newly approved drugs suggests an uneven path at best. Still, the science at Scynexis looks world-class, and management has made a point of acknowledging investor concerns about dilution and debt financing. While they may not be able to avoid those entirely, seeing a management team committed to both the product and the investor is admirable.

Disclosure: I do not have an investment in SCYX, but I may initiate a long position within 72 hours.