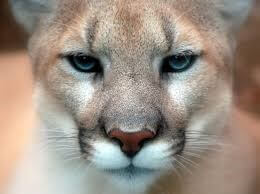 Puma Biotechnology (NASDAQ: PBYI) is a commercial stage company with an approved oncology drug called Nerlynx, for the treatment of HER2+ breast cancer. The drug was first approved in July 2017, and within a few months of the drug hitting the market, PBYI’s market cap soared to over $4 billion as shares traded north of 100.

The Quarter that Killed the Stock

As recently as March of this year, the company sported a market cap in excess of $1.5 billion, with a share price over $40. Then in April, Puma announced a European partnership with Pierre Fabre that brought the company $60 million in upfront cash, but which also reduced the likelihood of a buyout.

A dip to the low $30s preceded the company’s first quarter earnings results in May, during which investors were caught off guard when Puma announced disappointing product sales of just $45 million – down 25% from the fourth quarter of 2018 – and CEO Alan Auerbach described a higher than expected patient discontinuation rate, due primarily to severe diarrhea. To the company’s credit, they are working diligently to moderate these side effects in a phase II study called CONTROL.

After the earnings release, the stock sold off into the teens, and it showed no signs of a reversal throughout the summer trading months. The shares made a double bottom near $8.80 in early August (see chart), just before second quarter results were released, putting the company’s cap under $350 million at the time.

Sales in quarter two rebounded to $53 million, a respectable number but not enough to change the script entirely. So far, sales have not maintained the optimistic trajectory laid out by analysts, and the market has balked at the prospect of possibly achieving just $200 million in sales in 2019. As of June 30, the company had $117 million in cash, which was matched by its debt load of $119 million.

Puma also made some strides to trim costs in their most recent quarter, dropping operating expenses below $80 million. Nevertheless, this figure still put their quarterly loss at .97 cents per share. Since the second quarter earnings report, the stock has experienced choppy trading but has held in the double digits.

The questions about the company now focus on whether sales can continue to grow, how high peak sales will be, and whether they can hold off on further dilution or debt financing until they achieve break-even.

In early September, Puma received notification from the FDA of Orphan Drug status for Nerlynx for breast cancer patients with brain metastases. The current sNDA action date for the expanded indication is late April 2020, according to Puma’s press release.

Additional revenue from European sales should start to trickle in by the end of 2019, of which Puma gets a “significant double digit” royalty per their agreement with Pierre Fabre. Then in 2020, the anticipated approval of their sNDA would launch a second indication that should substantially increase sales and push them toward profitability.

One advantage Puma enjoys is its relatively small float of just over 31 million shares, against a total outstanding share count of 39 million. A smaller float means greater ownership per share for investors and a quicker path to the all-important breakeven cash flow. Increasing sales by just $25-30 million per quarter would push the company near that breakeven level.

Although Puma has sold the rights to Nerlynx in almost every non-U.S. territory, one location remains: Japan. A partnership deal there could bring an amount close to the $30 million upfront payment received for a deal that covered China, Hong Kong, & Taiwan. That money could be just enough to maintain operations without raising more cash.

For the third quarter, investors should look for product sales between $55-60 million to be reported in early November, and a quarterly loss per share of approximately 75 cents. Looking ahead to 2020, analysts currently anticipate between $230-330 million in total revenue. If the high end of that range is accurate, then Puma could achieve positive earnings by the end of 2020.

Although the days of triple-digit share prices are long gone, the opportunity for seeing substantial gains still exists. My 12-month forecast sees the price climbing back to $20 by late 2020, although it will take patience to wait for ex-U.S. sales and an expanded label to take effect. There is also a looming threat that they will need to raise additional cash through an offering or debt increase in order to make it to profitability.

Shrewd investors willing to keep a close eye on the price action can grab long-dated (December 2019 and January 2020) in-the-money calls for good prices when the stock dips. These calls can either be flipped for decent short-term gains, or held to convert to reasonably priced shares down the line.

Disclosure: I am long PBYI.