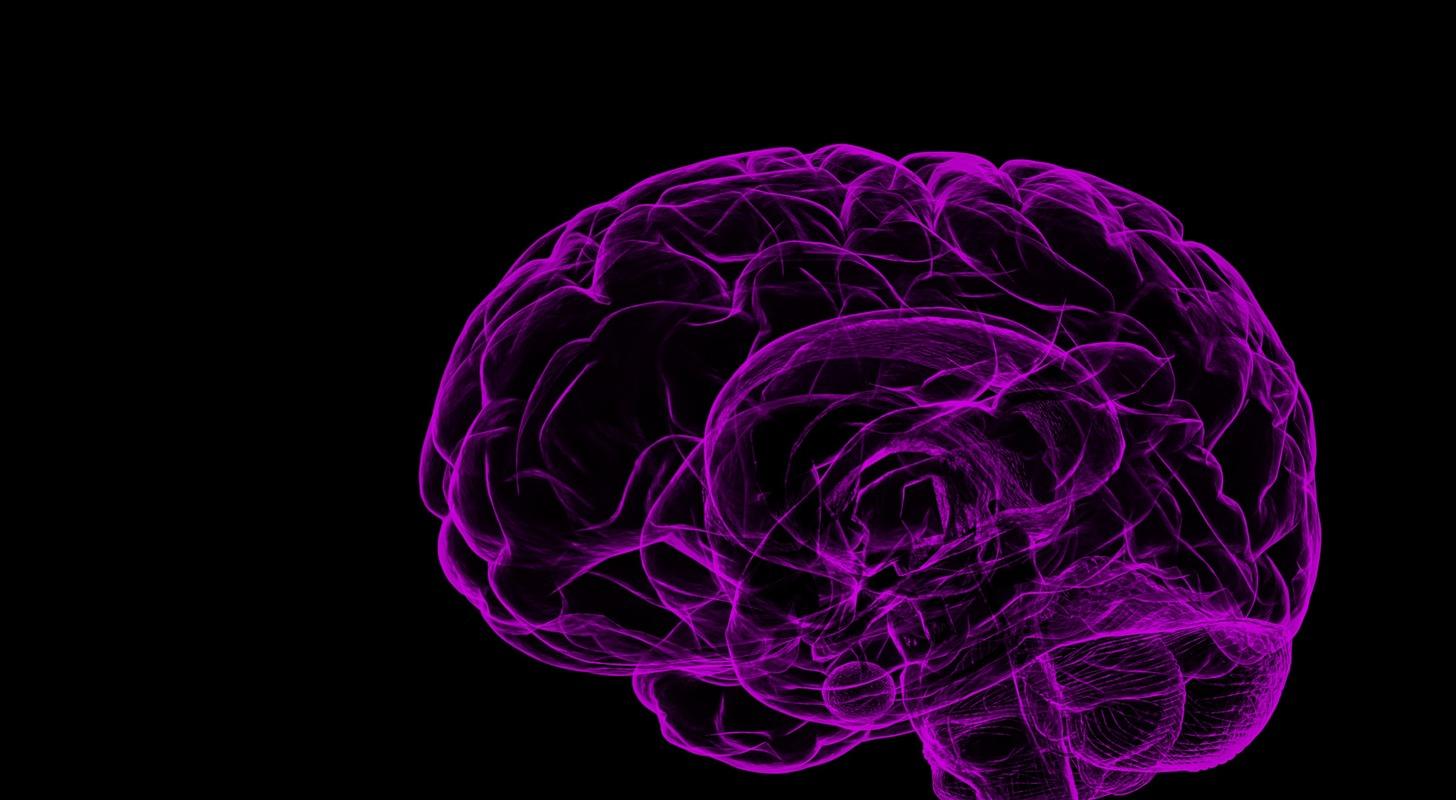 Biotechnology stocks have delivered massive returns over the last few years. Apart from improving the lives of patients, newly developed drugs have made big profits for investors in the process. A quick look at some of the top performing names in the sector clearly illustrates this fact.

For instance, Axsome Therapeutics (NASDAQ: AXSM) currently developing novel therapies for the management of central nervous system (CNS) disorders is already up by more than 1,000 percent over the last six months while Arrowhead Pharmaceuticals (NASDAQ: ARWR) which is developing an RNAi platform that enables targeting and shutting down specific genes that cause disease, has gained an impressive 150 percent over the same period.

Perhaps what is interesting to note is that neither Axsome nor Arrowhead have a commercialized product. Both of their lead product candidates are still in clinical trials, implying that investors have plenty of confidence in the companies’ potential and are willing to stake a small fortune on them.

Of course these two examples only represent one far end of the spectrum. The reality is that investing in biotechs is a “risky” affair due to the numerous regulatory requirements new drugs have to satisfy and the enormous amount of capital needed to bring the drugs to market, which studies estimate to be in the range of $648 million to $2.6 billion each. Failure is a much more common occurrence as shown by this study which reveals that only 14 percent all drugs in clinical trials eventually win FDA approval.

In order to limit the risk when picking late stage biotechs, there is one niche that we believe investors can hardly go wrong investing in. Companies developing treatments for diseases that lack an existing standard of care have proven to offer far better investment prospects due to a number of reasons, like the possibility of fast track designation, strong IP protection and limited competition.

One stock in particular that fits this theme perfectly is [restrict paid=true message=”Join the team to continue reading.”] Aurinia Pharmaceuticals (NASDAQ: AUPH), a late clinical stage biopharmaceutical company focused on developing and commercializing therapies to treat patients with high unmet medical needs. The company’s lead product candidate is voclosporin, an investigational drug for the potential treatment of lupus nephritis (LN).

For some background, LN is an inflammation of the kidney caused by systemic lupus erythematosus (SLE) and represents a serious manifestation of the disease. LN is debilitating and if poorly controlled, it can lead to permanent and irreversible tissue damage within the kidney, resulting in end-stage renal disease (ESRD), making it a serious and potentially life-threatening condition.

The most important thing to be aware of is that, there is no approved therapy for LN in both the United States and Europe, though The American College of Rheumatology recommends that intravenous cyclophosphamide or CellCept® be used as a first-line immunosuppressive therapy for the condition. The only problem is that CellCept is far from adequate, with fewer than 20 percent of patients on it actually achieving disease remission after six months of therapy. This is where Aurinia’s voclosporin, which is being marketed as a next generation CNI, comes in.

Volclosporin’s mechanism of action is straight forward. Researchers believe that the inhibition of activation of T-cells will have a positive modulatory effect in the treatment of LN. Voclosporin therefore reversibly inhibits immunocompetent lymphocytes, particularly T-Lymphocytes in the G0 and G1 phase of the cell-cycle, and also reversibly inhibits the production and release of lymphokines. Last month, Aurinia released its Q12019 results revealing a number of positive developments with regards to Voclosporin which we’ll go over shortly.

At the time of writing, Aurinia shares were worth $6.10 each representing a 24 percent decline from January’s high of $7.64. This is in spite of achieving a significant milestone back in September last year, with the completion of enrollment for the AURORA Phase 3 clinical study to evaluate whether voclosporin added to background therapy of CellCept® can increase overall renal response rates in the presence of low dose steroids. The study which consists of 324 patients will run for 56 weeks, with the company expecting to have top-line data in late 2019.

Since voclosporin has already been granted fast track designation by the FDA, Aurinia believes that data from the AURORA study as well as prior study results could potentially serve as a basis for a NDA submission. At the moment, voclosporin’s results are the best ever reported from a clinical trial for LN. Results from the earlier Phase 2 AURA study showed that patients taking both low and high doses of voclosporin experienced significantly higher complete remission and partial remission rates than patients in other studies and the control group.

Although prior studies have already shown the superior efficacy and safety of voclosporin compared to other treatments in development, this hasn’t succeeded in keeping competition at bay. As recently as last month, Swiss drugmaker Roche (OTCQX: RHHBY) in partnership with Biogen (NASDAQ: BIIB) announced positive topline data for NOBILITY, a Phase 2 clinical study investigating the safety and efficacy of Gazyva (obinutuzumab) for adults with proliferative lupus nephritis.While the full results of the study have yet to be released, Roche revealed that it had met its primary endpoint showing Gazyva in combination with mycophenolate mofetil demonstrated enhanced efficacy in achieving complete renal response at 52 weeks.

This should however not be a cause of concern for potential investors since Aurinia is firmly in the lead towards becoming the standard of care for LN. In addition to this, the company announced that it had received a Notice of Allowance from the USPTO for claims directed at its novel voclosporin dosing protocol for LN earlier this year.  Aurinia expects that the USPTO will issue a new patent covering the dosing protocol for voclosporin in LN, with a patent term extending to 2037.

Aurinia’s CEO Peter Greenleaf said, “The Aurinia team has made extraordinary progress with voclosporin, which I believe to be a truly transformative drug for the potential treatment of proteinuric kidney diseases, such as lupus nephritis, as well as a unique opportunity for the treatment of dry eye syndrome.”

Voclosporin’s evaluation for LN might have taken the spotlight but it is important that we mention it’s also being evaluated for two other indications, the most promising of which is in dry eye syndrome (DES). In January this year, Aurinia reported positive results for its Phase 2 study evaluating the efficacy, safety and tolerability of voclosporin ophthalmic solution versus Allergan’s (NYSE: AGN) Restasis which is the current standard of care. Both drugs were well-tolerated and there was no statistical difference but voclosporin produced striking efficacy results with 43 percent of patients achieving a clinically meaningful improvement of tear production compared to just 18 percent taking Restasis, illustrating its massive potential in treating DES.

A Market Opportunity Worth at least $2 Billion

So just how big is the addressable market? Using the U.S. MarketScan® database (with approximately ~180,000,000 insured lives in the United States) Aurinia established that there were 445,000 SLE patients in the database (between January 2006 and June 2016) based on specific SLE diagnosis codes.

The National Institute of Diabetes and Digestive and Kidney Diseases estimates that up to 50 percent of adults with SLE are diagnosed with kidney disease at some point in their journey with lupus. Using claims database and physician research, the company believes the diagnosed range of LN patients to be approximately 125,000 to 180,000 in the United States and 150,000 to 215,000 for Europe and Japan combined.

Taking into account that Aurinia expects the annualized pricing for voclosporin for LN could range between $45,000 and $100,000 it is evident how significant this opportunity is. According to research and consulting firm GlobalData, the lupus market which includes SLE and LN is set to almost triple from $1.2 billion in 2015 to $3.2 billion by 2025, representing a CAGR of 10.6 percent and if Aurinia succeeds in capturing just half of the market, this could translate to at least $1 billion in annual sales for the company.

Furthermore, as we highlighted earlier, voclosporin has the potential to strongly compete with Restasis in the human prescription DES market which analysts forecast could bring in around $2 billion by 2020 for Allergan. Again, half of this market would translate to another $1 billion for Aurinia which brings the total addressable market for voclosporin to around $2 billion annually. Clearly Aurinia has far better growth prospects than the market is giving it credit for.

Aurinia isn’t profitable yet but a quick look at the income statement and balance sheet shows that the company has been able to maintain a healthy balance sheet while keeping costs in check. For the first quarter ended March 31, the company reported a net loss of $12.4 million or $0.14 per share, a slight improvement compared to a net loss of $15.5 million or $0.18 per share in the year ago period. Cash and cash equivalents totaled $144.3 million for the period which the company believes will be sufficient to fund the existing LN program, including the AURORA trial, complete the NDA submission to the FDA, commence additional DES studies and fund operations into mid-2020.

With the potential to rake in at least $2 billion in annual sales, analysts at Mackie Research estimate that Aurinia should be worth at least $10 per share while analysts at Cantor Fitzgerald are far more optimistic and expect shares to be worth around $16 in the next twelve months. This implies that Aurinia has upside potential in the range of 60 to 160 percent.

One thing to keep an eye out for is that although Aurinia has virtually no debt, it has been issuing new shares to raise capital. On March 20, 2017 the company completed a public offering of 25.64 million common shares at $6.75 per share with gross proceeds amounting to $173.10 million. In addition to this, Aurinia entered into an open market sale agreement with Jefferies LLC on November last year which allows the company to sell, through at-the-market (“ATM”) offerings Common Shares that would have an aggregate offering price of up to $30 million from time to time. This was fully utilized in 2018 through the sale of 4.6 million shares at $6.55 each.

In conclusion, we believe that the current price level offers an attractive entry point for investors thanks to critical data points coming up this year. Voclosporin already appears to be the best-in-class LN therapy so far and if the AURORA study succeeds in matching earlier results, shareholders should be in for a nice treat. Finally, voclosporin is well positioned to grab market share from Restasis as it has shown its efficacy is far superior, so this should substantially limit the downside risk for investors in case of any surprises in the AURORA study.

I have no position.