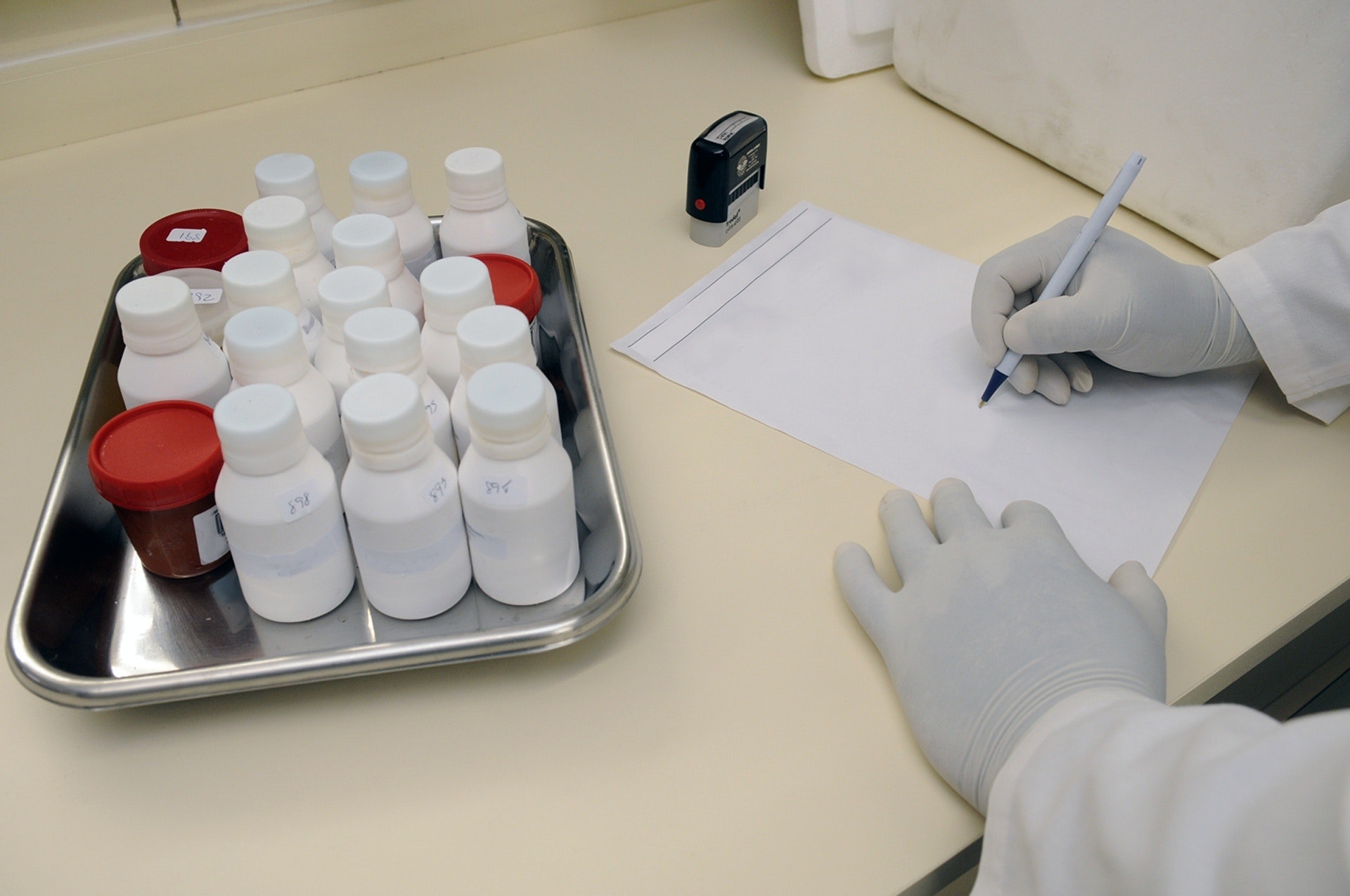 Tumor-agnostic therapy is the idea that a molecular or genetic alteration in a tumor can be targeted by a therapy, regardless of the tumors location in the body (link). This requires that the tumor be interrogated for specific mutations and alterations that allow it to be specifically targeted. This differs vastly from the traditional developmental thought process for oncology drugs where candidates were developed based on a locations and type of tumor they targeted (i.e. lung, liver, breast, etc.). To my knowledge, there are only two FDA-approved tumor agnostic labeled indications: Merck’s (MRK) pembrolizumab and LOXO Oncology’s (now part of Eli Lilly [LLY]) larotrectinib. LOXO was bought at the beginning of 2019 at a nice 68% premium by Eli Lilly, as larotrectinib was the first of several tumor-agnostic candidates in the pipeline. Then most recently, Pfizer (PFE) has noted intentions to acquire Array Biopharma (ARRY) at a 62% premium. As you may know, Array actually discovered and licensed compounds to LOXO that lead to their success. However, Array additionally had a phenomenal lab and discovery segment that has created many promising compounds. Seeing the growing interest in this targeted and tumor-agnostic therapy segment of the market, who should investors look to next for potential lucrative gains? Here I will discuss a recent market mover, and highlight other tumor agnostic compounds that I have come across.

I would think that the best place to start was one of the big movers during ASCO 2019, Mirati Therapeutics (MRTX). Interestingly, Mirati’s movement appears to have been tied to Amgen’s (AMGN) candidate AMG510 a G12C KRAS inhibitor. Why was Mirati tied to these results? Well Mirati is also developing a G12C KRAS inhibitor named MRTX849. The Amgen results were quite interesting, and I am still uncertain whether the market felt that the results were encouraging and rewarded Mirati also, or if the market felt the Amgen data was lack luster and provided Mirati an advantage. KRAS is an oncogene, meaning that the transformation of a gene can turn a normal human cell into a cancer cell. This typically results in the uncontrolled growth of the cell, which is the definition of cancer in its simplest form. By inhibiting the enzyme that drives this uncontrolled growth (KRAS in this case), Amgen and Mirati hope to slow the growth of the cancer cells and even result in the death of the cancer cells.

While AMG510 is a potential tumor agnostic therapy, I will not delve deep into this product, as Amgen is a Mega-Cap stock whose stock price is less likely to be affected by just one compound alone. To be forward and fair, I am skeptical of Mirati, but that is because there is no data pertaining to MRTX849 in human, all the data available is preclinical animal models. However, Mirati’s preclinical animal data does appear to be quite encouraging. As seen below, preclinical data on MRTX849 has demonstrated a broad spectrum of activity in lung, colon, pancreas, and cervical tumors.

Mirati is not taking a pure basket-trial approach at this time. A basket-trial is a trial that evaluates and recruits patients based solely on a tumor mutation or characteristics instead of the location. Instead, they are doing a basket style design for patients with G12C KRAS mutations for the initial dose escalation phase, then breaking into patient cohorts for the Phase 2 portion of the trial. This design may be modified at any time depending upon the initial data and guidance the FDA may provide.

With the first patient dosed in January 2019, the company anticipates initial data in the second half of 2019, however it is very unclear what this update may include. Of note, Mirati recently closed a round of funding. At the end of the first quarter, Mirati had around $300 million in cash, with a burn rate of roughly $40 million. I do anticipate the expenses will continue to tick up as research ramps up, but this last round of funding added around $234 million to the balance sheet. Currently Mirati has a market cap of around $4 billion. Some would like Mirati for their ample cash position, which is reasonable. For me, Mirati is too early. There has been a large amount of growth in stock price over the past 12 months, however Mirati does not have a pivotal trial initiated, meaning there will be some time before we will know how their pipeline pans out and any discussions of revenue ensue. Furthermore, the “hype” around MRTX849 is all preclinical thus far, and no data in humans. Part of my investment thesis is to see clinical data in humans, not just preclinical models, before investing in a company. This company is definitely one to watch, but is not for me right now.

As mentioned above, Amgen is developing a G12C KRAS inhibitor. However, given the size and complexity of a company such as Amgen, it is unlikely, this candidate will make a large impact on the share price in the near term. Conversely, the success or failure of this medication could impact the share price of Mirati if the results are extrapolated to MRTX849.

Then, there is Roche’s entrectinib, which was granted priority review earlier this year. Entrectinib is being reviewed for the treatment treatment of adult and paediatric patients with neurotrophic tropomyosin receptor kinase (NTRK) fusion-positive, locally advanced or metastatic solid tumors who have either progressed following prior therapies or as an initial therapy when there are no acceptable standard therapies, and for the treatment of people with metastatic, ROS1-positive non-small cell lung cancer (NSCLC). Again, given the size of Roche, its unclear how much of difference this will make in the short term. But with regards to the treatment of NTRK tumors, I feel there is more compelling data for LOXO’s larotrectinib, already on the market, which may provide a barrier to Roche’s success in this indication. The entrectinib FDA PDUFA date is scheduled for August 18th.

Another tumor-agnostic indication that might come to fruition was recently announced by Progenics (PGNX). As announced in June, Progenics plans to initiate a basket study for their commercialized medication AZEDRA (iobenguane I 131) in patients with with unresectable or metastatic neuroendocrine tumors (NETs) who are iobenguane avid. The incidence of NETs in the United States is around 10,000 – 12,000 patients per year, however, it is unclear how many NETs are iobenguane avid. However, Progenics is still entangled in disagreement with Velan Capital, one of the largest stockholders of Progenics. As such, Progenics and Velan are engaged in debates regarding present success, future direction(s), and management of the company, making this a risk to Progenics. Interested parties should read and understand these developments well prior to investing in Progenics.

At this point, Mirati appears to have the most pure tumor-agnostic play for investors looking in the small to mid-cap arena. However it also appears to be priced for everything to proceed perfectly, and I see limited upside until we know more about the effectiveness of MRTX849. Mirati has a nice plush balance sheet, which will attract value investors. My personal thesis involves seeing data in humans, which we have yet to see for MRTX849. Other companies that are pursuing tumor-agnostic indications include Amgen with AMN510, Roche’s entrectinib, and Progenics iobenguane I 131. I outlined a brief bit of information pertaining each candidate to hopefully provide enough information for you to make a decision whether each company is worth further investigation. Feel free to comment and suggest other tumor-agnostic companies below! I would be happy to investigate these companies further, as thus far I have yet to find a compelling company that will be next!

This is in no way a recommendation to buy/sell securities.

I have no positions in any of the stocks mentioned.