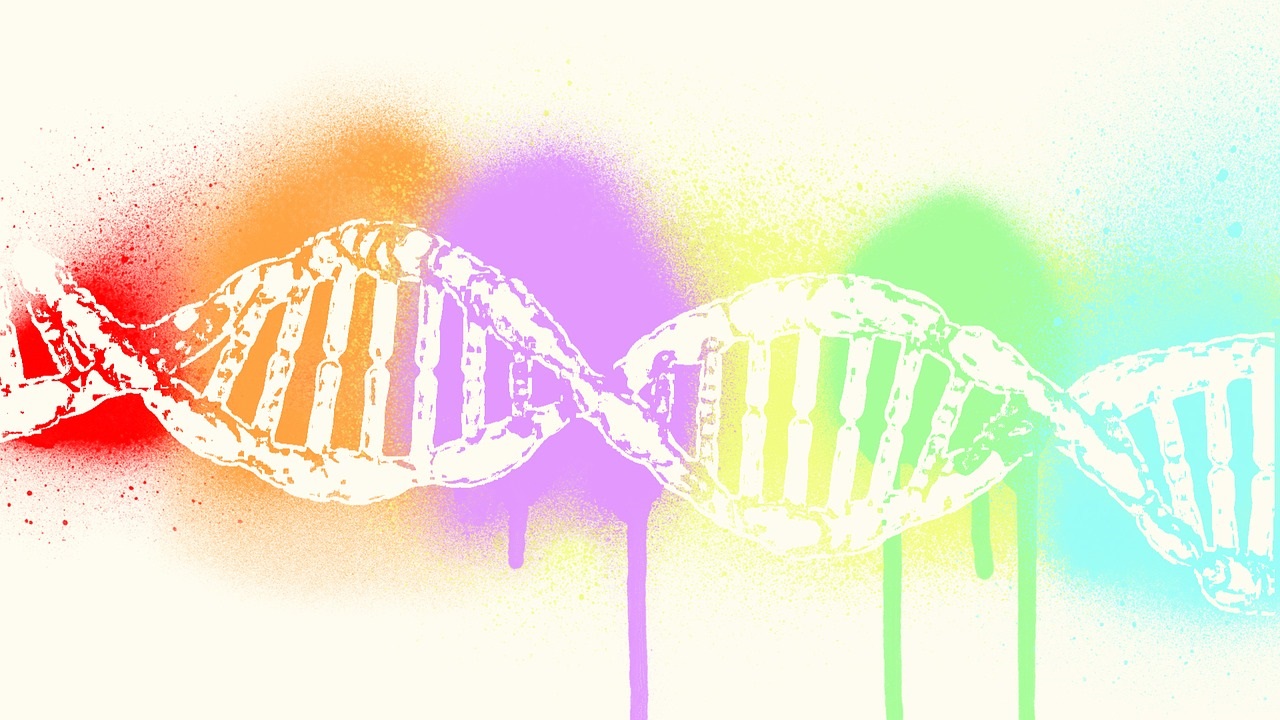 Each year as we approach summer, biotech investors search for the elusive companies that will have the largest pops at the summer oncology conferences in order to reap the rewards of their play. We saw this play out with Iovance Biotherapeutics (IOVA) who popped 36% on the release of its ASCO data. For a complete overview of the ASCO Conference timelines, please read my previous article ASCO Alert: Stay Ahead of the Updates. Despite abstracts being released, I am still eyeing one company with a late-breaking abstract, that being Seattle Genetics (SGEN). Here, I will outline Seattle Genetics ASCO Late-Breaking Abstract presentation, and why I have entered this stock as a long term hold.

At the close of American markets on May 24th, Seattle Genetics stock traded at $69.11 per share, equating to a market cap of just over $11 billion. According to Yahoo NASDAQ.com’s compilation of analysts’ ratings, Seattle Genetics has 5 strong buy ratings, 2 buy ratings, and 4 hold ratings. Analysts providing price targets range from $58 to $98, with the average price target being $80.

At the end of the first quarter in 2019, Seattle Genetics had $418 million in cash and investments. This is in addition to their nearly $152 million in stock investments, largely in Immunomedics (IMMU). Most attractive in my opinion, is the lack of debt financing that Seattle Genetics has on the balance sheet. Turning to revenue for the first quarter, Seattle Genetics recorded $195.2 million in revenue, up 38.8% year over year (YoY). Breaking down the revenue (depicted below), Adcetris (net product sales) sales in US and Canada were up 42% YoY to $135 million. Adcetris is licensed to Takeda for sale in territories outside the US and Canada. As such, in 1Q19 Seattle Genetics reported $15.6 million in royalty revenue, which is inline with the 1Q18. Seattle Genetics notes: ” royalty revenues for the period in 2018 included additional amounts attributable to Takeda’s portion of certain third-party royalty obligations that expired at the end of 2018,” so these periods may not be directly comparable. Finally, collaboration and licensing revenue was $44.6 million, which is largely made up of $30 million paid from Takeda for the approval of Adcetris in combination with AVD in adult patients with previously untreated CD30-positive stage IV classical Hodgkin lymphoma.

All-in-in, 1Q19 revenues were up 11.9% for consecutive quarters. This is an impressive sign of strength in my opinion when one considers that a portion of Takeda royalty revenue was lost at the end of 2018, and that the first quarter of the year is historical a soft quarter for earnings given the seasonality seen in commercial biotechnology. During the 1Q19 earnings conference call, management underscored a key take-away for me: ” First of all, there is a typical softness in sales in the first quarter and we’ve seen this pretty much every year. And you see it in other oncology products as well. But what I can say is in January, the sales were lower and higher in February and higher in March and we’ve had a really strong April. So, I think when you look at month-to-month-to month, we’re really feeling good about where it’s going through time.” In my eyes, this hints to Adcetris growth in Q2 which will benefit from the compounding of stronger sales conditions compared to Q1 paired with organic prescription growth. This growth is coming from an expanded Adcetris label (now FDA approved for 6 indications) and reaping the benefits of updated NCCN guidelines. Overall, I am encouraged by these developments and believe they have the potential to drive Adcetris revenue growth throughout this year within the United States.

Seattle Genetics has quite a robust pipeline of products. First, I will briefly hit on some late-stage candidates licensed out with upcoming catalysts. First, depatuxizumab mafodotin from Abbvie has already reported data since the earnings report. This candidate was being developed for patients with newly diagnosed glioblastoma, an extremely deadly condition with limited treatment options. Unfortunately, the trial INTELLANCE-1 was ended at an interim analysis after the Independent Data Monitoring Committee (IDMC) recommended the study be stopped due to lack of survival benefit for patients depatuxizumab mafodotin. All other trials with depatuxizumab mafodotin have ceased enrollment at this time. This is clearly a blow for patients with glioblastoma, however given the high degree of difficulty to treat glioblastoma and Seattle Genetics indirect work for development of this candidate, I do not find this failure to be a large hit.

This leaves polatuzumab vedotin and belantamab mafodotin as the two remaining late stage candidates with upcoming catalysts. Genentech/Roche should hear from the FDA regarding polatuzumab vedoin’s approval in August 2019, while belantamab will not be filed for approval till the second half of 2019. This means the medication will likely be up for approval in mid-2020 if everything progresses properly. Unfortunately, there is limited information related to the exact financial circumstances of these collaborations.

The final pipeline candidate I will highlight before discussing the ASCO late-breaking abstract is tucatinib. Tucatinib is the oral small molecule inhibitor of HER2 that is being developed for the treatment of metastatic HER2+ breast cancer in patients who have progressed after receiving HER2 targeted agents pertuzumab, trastuzumab, and T-DM1. Tucatinib is being studied in combination with capecitabine and trastuzumab. This Phase 3 trial is called HER2CLIMB. What makes this even more notable is the inclusion of patients with brain metastases. Patients with brain metastases are often excluded from trials given they are extremely difficult to treat and typically have a worse prognosis. If this trial succeeds, Seattle Genetics stands to create a market for itself in breast cancer from two angles. First, this would be the first agent to my knowledge approved for HER2+ patients after all three HER2 targeting agents pertuzumab, trastuzumab, and T-DM1. Also in this space is another oral HER2 inhibitor lapatinib, however the label for lapatinib is for therapy only after trastuzumab, which creates more of a murky situation for patients who received pertuzumab or T-DM1. And secondly, tucatinib could be the first and only agent approved for HER2+ patients with brain metastases. It is estimated that brain metastases end up affecting nearly 50% of patients with metastatic breast cancer. Given the data available, I find the chances of trial success to be >50% for HER2CLIMB. It is noted that now that enrollment has been completed, an interim analysis of the primary endpoint of progression-free survival (PFS) has been initiated and topline results are expected in 2019, which could occur at any time.

On March 28th, Seattle Genetics and Astellas announced positive topline results of their Phase 2 registrational trial EV-201, with the entire data set being selected for an oral presentation at ASCO on June 3rd (abstract embargoed until June 3rd, 06:30 ET). The topline results revealed a 44 percent objective response rate (ORR) per blinded independent central review in patients with locally advanced or metastatic urothelial carcinoma. The company notes that the duration of response was consistent with that recently reported in the previous phase 1 study (EV-101). In EV-101, the ORR in the same patient population was 42%, which provides good strength for this study given the reproducible data. Furthermore, in EV-101 the median progression free survival for these patients was 5.4 months, with a median overall survival of 12.2 months. The median duration of response was 7.4 months. It will be interesting to see how the EV-201 detailed results stack up with these.

This single-arm trial is evaluating two cohorts of patients being treated with EV. First, EV is a antibody drug conjugate that targets the protein Nectin-4. By targeting this surface protein, EV carries the deadly payload MMAE molecule, which is what will results in the death of the cancer cell. As mentioned above, there are two cohorts being studied. The first for which have data on is for patients who have previously received immunotherapy (IO) and platinum based chemotherapy. So essentially, EV is being used in at least the third line setting. The second cohort which is enrolling is evaluating EV in patients with who have received IO therapy, but are not eligible for platinum therapy. Based on the early Phase 1 results of EV, the FDA granted Seattle Genetics and Astellas Breakthrough Therapy Designations (BTD). This will allow for Seattle Genetics and Astellas to file accelerated approval, which they intend to do in the second half of this year with the EV-201 cohort 1 data.

EV is being co-developed by Seattle Genetics and Astellas. In 2018 these two companies entered into a joint commercialization agreement. Essentially, in the US, the two companies will jointly promote EV, with Seattle Genetics recording sales and being responsible for distribution activities. All costs and profits for the US will be shared equally. Outside the US, Seattle Genetics will commercialize in all countries in North and South America, while Astellas will commercialize in the rest of the world. There is more in-depth discussion of the cost sharing for smaller markets in the mos recent 10-K.

In additional to EV-201, EV is being studied in a confirmatory Phase 3 trial, EV-301. This randomized trial will serve as the data needed for full approval assuming EV obtains accelerated approval with EV-201 data. Seattle Genetics and Astellas are also evaluating moving EV into front line therapy. This trial, EV-103, is evaluating EV in combination with pembrolizumab and/or platinum agents.

Investing and trading in biotechnology is not without its risks. Some risks for Seattle Genetics include physician adoption and use of Adcetris. Just because Adcetris has had label expansions, does not always correlate with use in clinical settings. Additionally, high rates of adverse events in EV-201 would likely be poorly received. Additionally, with the topline HER2CLIMB results due in 2019 and no timeline provided, the risk of a trial failure is always an overhang. Any delays in the filing or approval of Seattle Genetic’s products licensed out also pose risks. Of these select risks mentioned, the largest risk I perceive relates to HER2CLIMB topline data.

Seattle Genetics is posting solid YoY revenue growth in my eyes. Furthermore, I expect this revenue growth to be compounded moving forward as we move on from the traditionally soft revenues in the first quarter paired with expanding use and indications. This all bodes well for Seattle Genetic’s long term prospects. In the near-term, I am excited for the EV-201 data at ASCO. Of note, the complete abstract will be embargoed until June 3rd at 06:30 CT. This indication has the potential to avoid any competition, as EV would be the only agent approved for patients with metastatic urothelial carcinoma after receiving therapy with an IO and platinum agent. Furthermore, moving this agent into patients not eligible for platinum therapy and into the first line setting in combination could really expand the commercial prospects of EV. With the main risk being HER2CLIMB data in my eyes, a positive result here would provide Seattle Genetics another agent that would have a differentiated indication that could benefit many patients with metastatic breast cancer. As a reminder, Seattle Genetics acquired tucatinib from Cascadian, meaning management must have felt confident in this product for them to fork over $614 million. All in all, I find Seattle genetics to have several near term developments that can create long-term success for them. Additionally, with a healthy balance sheet, I am less concerned that a set-back would doom the company. I look for Seattle Genetics to be a long term hold for me as they continue to leverage their ADC technology an expertise.

For additional discussion or questions, please comment below our on our forums page.

This is in no form a recommendation to purchase/sell equities and investors should perform additional due diligence prior to investing. Unexpected news is an inherent risk of shorting biotechnology stocks.