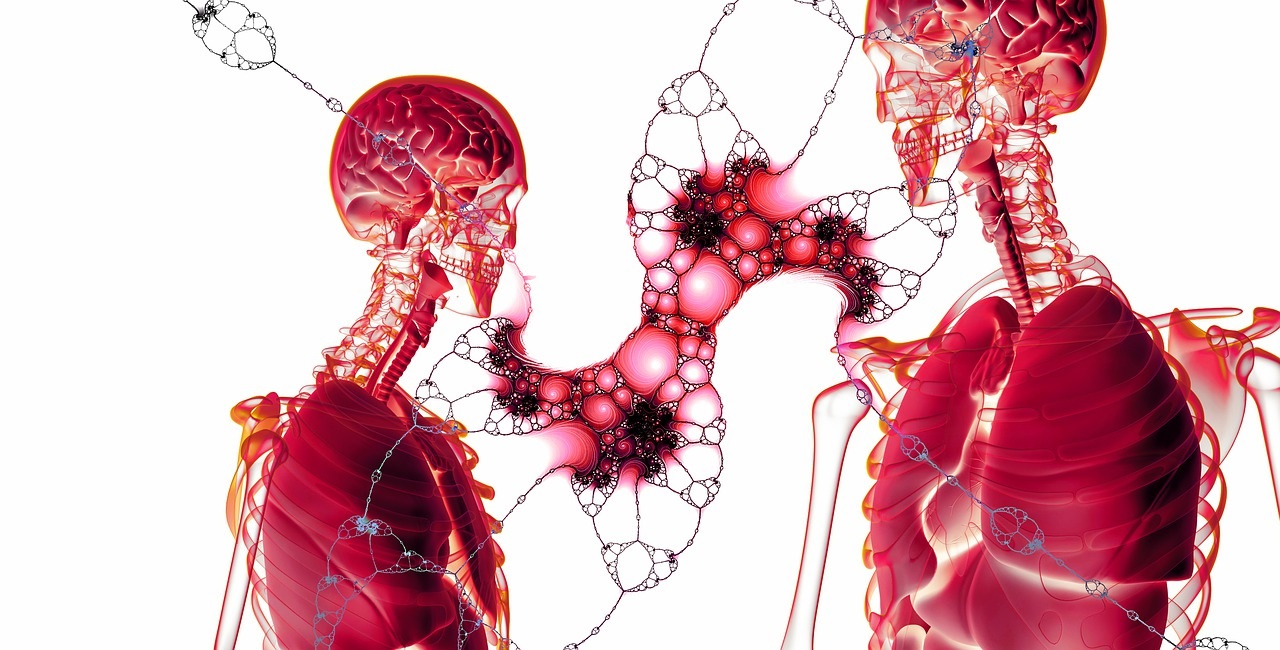 In this next article in our series on investing in NASH I want to jump to the other end of the spectrum. In “Investing In This Biotech Sector Could Triple Your Net Wealth In 3-Years” I painted a picture with statistics and science showing that NASH is a highly prevalent unmet medical need. Yesterday I published, “An Attractive Biotech Stock Gunning For NASH“, where I talked a bit more about the progression from NASH fibrosis to NASH cirrhosis, and argued that Viking Therapeutics (VKTX) offers investors a better value proposition than Madrigal Pharmaceuticals (MDGL).

When we started the series, I said that I believe several novel treatments will emerge, each capturing a segment of the NAFLD/NASH spectrum, and no one drug would be a blanket treatment. To that end, I would like to talk about a company that I could see capturing the end-stage liver disease population (i.e. decompensated NASH cirrhosis).

That company at hand is Conatus Pharmaceuticals (CNAT). For those of you who are new to MS Money Moves, you may be interested to read an interview article on CNAT from December, 2018.

CNAT is based in San Diego, California and closed Wednesday May 22nd at $.84 per share. In the past 6 months CNAT has lost 80% of its market cap for reasons I will discuss below. CNAT hit it’s 52-week high of $6.74 in September, 2018. Something I like about CNAT’s stats is they have only 33.17 M shares outstanding, 29.86 M of which are float. That is relatively low for a clinical stage biotech company and is important because it means the share price has not been very diluted. For comparison, VKTX has 72 M shares outstanding.

CNAT’s focus is on the development of novel medicine to treat liver diseases. Their lead product candidate Emricasan is an oral pan-caspase protease inhibitor designed to decrease caspase enzyme activity. Caspases are proteins that promote inflammation and apoptosis (cell death). Using this approach the company believes they can disrupt liver disease progression. To date, emricasan has been tested in over 650 patients across 16 clinical trials where it has shown potential. The merits of which were bolstered by a worldwide collaboration agreement between CNAT and pharma giant Novartis (NVS) in December, 2016.

Recall from my previous article that the portal vein connects the liver with a network of veins transporting blood throughout the body. As scarring of liver tissue (i.e. fibrosis) worsens the portal pressure increases due to restricted blood flow. In other words, a fixed volume of blood must travel through an increasingly smaller pathway. Thus, HVPG is a key measurement for evaluating the progression of NASH. A HVPG ≥ 12 mmHg is the main causal factor of decompensation events (when liver stops working properly) which places patients at a much higher risk of internal bleeding among other complications. When HVPG crests above 16 mmHg the risk of death increases dramatically.

In the POC study patients with a baseline HVPG≥12 mmHg and HVPG≥10 mmHg had mean decreases in HVPG of 17.2% and 10.1%, respectfully. That is impressive considering the medical significance of PH and there are no medications approved that can do that. Additionally, there were statistically significant decreases in key biomarkers indicated in NASH. Following these encouraging results CNAT conducted a 6-month placebo controlled study in patients with compensated NASH cirrhosis and portal hypertension (ENCORE-PH). Concurrently, the company performed a 3-year long study in patients with NASH fibrosis (ENCORE-NF).

CNAT has had two phase 2 data readouts in the past 6-months, and they both went horribly. That’s not to say that the data was a complete bust; encouraging correlations between Emricasan treated patients and clinical benefits were observed. The issue was that the CNAT did not meet its primary endpoint in ENCORE-PH-topline data announced in December, 2018, nor in ENCORE-NF-topline data announced in March, 2019.

Out of the two data sets ENCORE-PH was by far the most positive. A placebo group and three cohorts of Emricasan treated patients (5 mg, 25 mg, and 50 mg) with PH ranging from HVPG≥12 mmHg to upwards of 17 mmHg were treated over 6 months. Despite not hitting the primary endpoint of lowering HVPG with statistical significance, there was a clear trend of decreasing HVPG among Emricasan treated patients. This was especially true for patients with HVPG≥16 mmHg at baseline. In the Emricasan 25 mg and 50 mg treatment groups the trend met clinical significance (i.e. mean HVPG reductions were a whole point).

Additionally, biomarker data supported Emricasan as an anti-inflammatory and anti-fibrotic agent. On the safety front treatment emergent adverse events were similar between Emricasan groups and placebo. In mid-2019 (i.e. anytime now) we can expect data from the extension portion of the study. These patients continued treatment for another 24-weeks. Data will include MELD (model for end-stage liver disease), Child Pugh scores, biomarker data, and clinical outcomes (i.e. decompensation event, internal bleeding, death, etc.). The data could be a significant and much needed catalyst.

Looking at the data from the POC study, ENCORE-PH, and ENCORE-NF Emricasan seems to have the most efficacy in patients on the far right end of the NASH spectrum. ENCORE-LF is a 48-week study in patients with stable decompensated NASH cirrhosis. The primary endpoint will be a comparison of event-free-survival rates between Emricasan groups (5 mg and 25 mg) vs. a placebo. While we do not know the specific baseline data its fair to assume mean HVPG will be on the higher end (≥16 mmHg). Based on the trends in ENCORE-PH I am not too optimistic about the 5 mg group. But, I do believe there is a strong chance that CNAT can hit its primary endpoint in the 25 mg group. If this did happen I think it would restore a lot of confidence in the company and certainly beef up their valuation.

In 2016, CNAT landed an exclusive worldwide option, collaboration, and license agreement covering the development and commercialization of Emricasan with Novartis (NVS). Per the deal NVS splits all phase 2b costs and will assume full financial responsibility for phase 3 if the Emricasan makes the cut. CNAT received $50 million upfront and the option to access another $7 million (exercised in 2017 when ENCORE-LF was initiated), and $15 million via a convertible promissory note. There is a total of $650 million in outstanding potential payments triggered by certain development, commercial, and regulatory milestones, in addition to royalties on future product sales, if any.

The benefits of this agreement are multi-fold. It allows investors and the company to rest easy knowing that the cost of clinical development is covered. That means no surprise offerings and dilution. With a partner like Novartis it also opens the door to a plethora of resources and networks otherwise unavailable. Potentially the most significant thing it means to me is that Novartis see’s a lot of potential in Emricasan. However, if Novartis were to terminate its partnership the outlook for Conatus would be dark and bleak. That said, NVS will certainly wait till they can look at all three data sets (ENCORE-PH, NF, and LF) before any decisions.

Given the partnership with NVS finances are not really a huge concern. On May 2nd, 2019 reported their first quarter financial results. As of March 31st, 2019 CNAT had $33.8 million in cash. They projected that by the end of 2019, excluding any potential milestone payments from NVS the company would have between $10 and $15 million.

The biggest concern for me is whether or CNAT will hit its primary endpoint in ENCORE-LF. Missing it would spell significant downside; a scary thought considering the share price is already below a dollar. Even more worrisome is that Novartis could potentially terminate the license agreement. In this scenario CNAT would be left with just internally developed CTS-2090, which is still in the preclinical stages.

CNAT has the opportunity to penetrate the decompensated NASH cirrhosis patient population; a demographic causing a $35,668 financial burden per patient per year.

As you can see in the image there is a cost disparity between early NASH fibrosis (F0-F2), advanced fibrosis (F3-F4), compensated cirrhosis (CS), decompensated cirrhosis (DC), and so on. During the earlier stages insurers have less incentive to shell out big bucks for medication when 1) Its unclear if a patient will progress to cirrhosis and 2) There are non-prescription supplements, as well as dietary and lifestyle changes someone can adopt to counteract NAFLD/NASH progression. A possible scenario is that Emricasan halts, or even reverses, decompensated NASH cirrhosis. An argument could then be made that the $509,900 in costs downstream of DC could be incorporated in the cost benefit.

Right now the big question is what will ENCORE-LF data look like? I suspect it to be the most positive out of the three phase 2 studies discussed (ENCORE-PH, NF, LF). I further suspect that a milestone payment will be triggered if the primary endpoint is met. Naturally, the next step would be a phase 3 clinical study courtesy of Novartis in patients with advanced NASH cirrhosis and portal hypertension.

Nonetheless, CNAT is an extremely risky play, and I would not invest heavily in it until the long-term outlook is clearer. The data from the extension portion of ENCORE-PH and topline data from ENCORE-LF are expected in mid-2019 per statements in the latest financial report. Essentially, the data could come at any time between now and September. I predict that as we get deeper into the summer CNAT will run-up as anticipation for the data builds. In my opinion, its worth opening a small position with the understanding that data could come without notice, and if unappealing, will result is CNAT hitting new depths. Furthermore, the risk of the Novartis partnership deteriorating would be high. On the flip side, if the extension data showed a continued clinical benefit supported by statistical significance, and ENCORE-LF hits it’s primary endpoint, CNAT should trade in the $3 to $4 range. I think the best move would be to buy now and sell after making 20-30% on a run-up, maybe holding 1/3 of my position into the results.

In the next article I will talk about my favorite NASH company. Like CNAT, the patient population they are targeting is extremely financially burdensome on our healthcare system.

I/we have no position in CNAT, but may open one in the next 72-hours

Let’s get this bread!