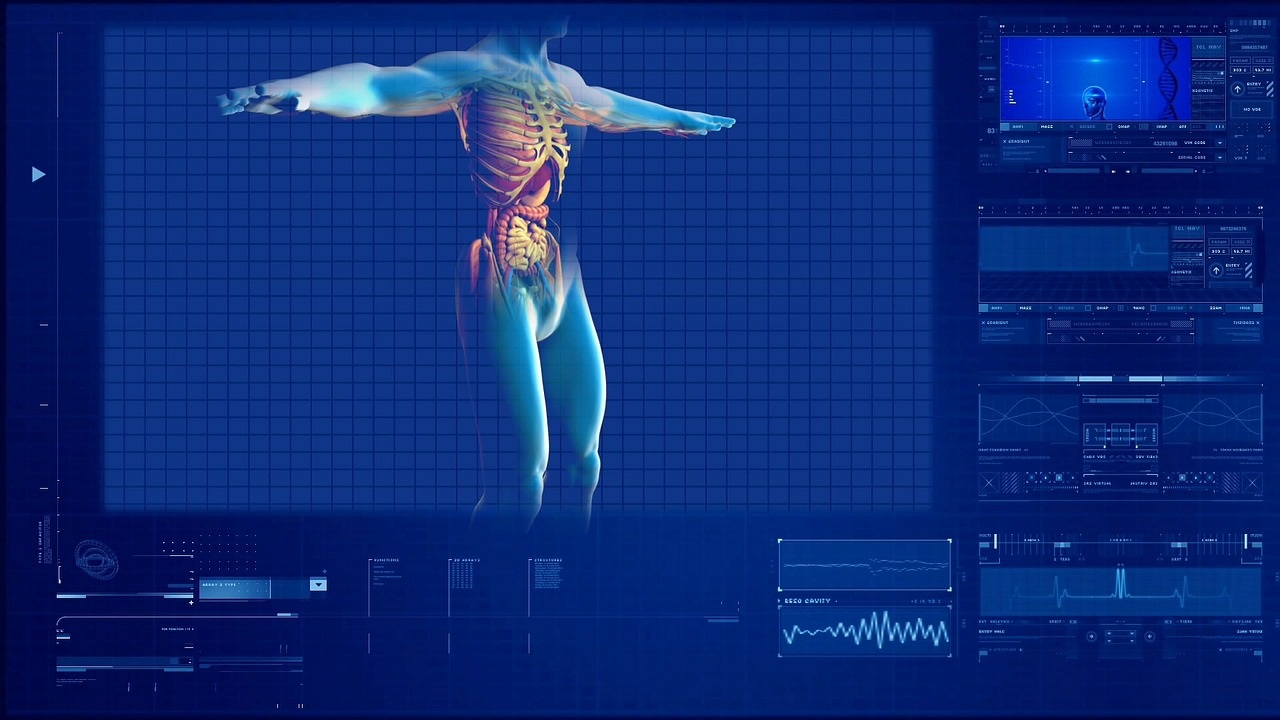 In my previous article “Investing In This Biotech Sector Could Triple Your Net Wealth In 3-Years” I laid out my rationale for investing in NAFLD/NASH companies. I reasoned that by investing in clinical stage companies with the potential to capture a segment of the NAFLD/NASH population an investor could realize sizable gains and discussed a market leader, Madrigal Pharmaceuticals (MDGL). In this article, I will present a company that I feel is gives investors better bang for their buck.

To recap, NAFLD and NASH together affect 42 million people in the U.S alone. Estimations of the emerging global market value are projected between $13.86 Bn and $40 Bn by 2025. Non-alcoholic fatty liver disease (NAFLD) is the progenitor of non-alcoholic steatohepatitis (NASH), which if left unchecked can lead to liver cancer, liver failure, and death. At the core of the disease pathology is metabolic dysfunction from a combination of genetic and environmental factors.

NAFLD manifests from an accumulation of fat in the liver which in turn causes cellular inflammation. About 20-30% of those with NAFLD progress to develop NASH which is characterized by liver fibrosis (i.e scarring of the tissue). Another fraction of those with NASH develop liver cirrhosis.

A hallmark symptom of late-stage liver disease is the formation of varices (swollen veins in the lining of the esophagus) and ascites (abdominal fluid retention). These occur when blood flow through the portal vein connecting the liver with the rest of the body becomes restricted from excessive scarring. Ruptured varices is a leading cause of death in late-stage NASH patients underscoring the need to halt or reverse disease progression.

The following company is a viable contender to capture a significant portion of the NASH fibrosis patient population. The rationale deployed by this company is to prevent patients from developing cirrhosis through medical intervention in late-stage NASH. A question you may be asking is: Why not intervene in the NAFLD stage? The answer ties back to the fact that only a portion of those with NAFLD will go on to develop NASH, and only a portion of those with NASH develop cirrhosis. On top of that there are lifestyle changes one can make to decrease the odds of that happening. Thus, insurers are not going to pay for a drug until the breaking point is reached and non-medical options are exhausted.

Viking Therapeutics (VKTX) is a mid-stage biopharmaceutical company focused on developing novel oral treatments for metabolic and endocrine disorders. Headquartered in California VKTX has a market cap of $592.953 M, 72.05 M shares outstanding (59.63 M of which are float), and a 52-week range between $4.85 and $24.0.

If you recall my initial article discussed Madrigal Pharmaceuticals (MDGL) and their drug MGL-3196; also a selective beta thyroid hormone receptor agonist (i.e. the same mechanism of action as VK2809). So, it comes as no surprise that VK2809 elicited an extremely favorable response in patients with NAFLD and elevated LDL-cholesterol.

The study hit it’s primary and secondary endpoints in three treatment cohorts achieving significant reductions in liver fat content and LDL-cholesterol over 12-weeks. Additionally, VK2809 treated patients had lower levels of key NAFLD/NASH biomarkers. Remarkably, robust efficacy was observed even at a dose of 5 mg/kg signifying the potency of VK2809. It follows then that like MDGL, Viking’s share price exploded when the data was announced in September of 2018.

As you can see in the chart, VKTX’s share price has come down significantly since September. A big reason I think VKTX is not priced as high as MDGL is because the latter company has a first to market advantage. Because the safety profiles are both favorable and the two drugs have the same mechanism of action I think it could come down to a pricing competition. Another possibility of course is MDGL buys out VKTX, but it seems redundant and reckless to spend so much money to acquire something the company already has. Based on comments made during the latest conference call it seems there has been some interest expressed in partnering or collaborating, although that does not mean anything will come of it.

The next clinical step for VK2809 is a phase 2b study in biopsy confirmed NASH starting this year. I imagine the results will be quite good considering MDGL’s data is from NASH patients and the drugs operate the same way. Remember, patients who took MGL-3196 saw resolution of NASH and at least 2 pt reductions in NAS scores as determined by liver cell biopsies; two key pieces of criteria the FDA wants to see for a NASH drug.

Viking Is Targeting The Sweet Spot

There is no point to developing a drug if insurance won’t cover it. This fact initially led me to be skeptical of Vikings commercial plans. In the Q1 2019 conference call though, earlier this month management informed us of general plans for the phase 2b study for VK2809. The company is scheduled to meet with the FDA mid-summer to talk about the study design and protocol. They specified that the majority of patients enrolled will have NASH with F2-F3 fibrosis, while some will have F1 fibrosis. When asked why these specific patient groups were selected VKTX CEO responded that F2-F3 patients comprise 1/3 of the NASH market, have the highest risk of progressing to cirrhosis, and are most likely to be reimbursed. Hearing this made me much more confident in the potential for VK2809’s commercial success.

As of March 31, 2019 VKTX is in a relatively strong financial position with just shy of $300 million in the cash. Referring to VKTX’s first quarter 2019 income statement the company seems to be burn around $7.0 million every 3-months, $4.5 million of which is spent on research and development. Looking forward I imagine the proposed phase 2b study will be command the bulk of R&D expenses. Per statements made by the company their cash reserves should last through several more clinical milestones. In my opinion VKTX should not need to raise cash again for at least 2-years (maybe longer) assuming cash expenditure between $7-10 million a quarter.

Viking has two additional small molecules in phase 2. One of them, VK5211, is a non-steroidal selective androgen receptor modulator (SARM) being development as a treatment for patients recovering from non-elective (meaning it must be done) hip fracture surgery. Viking believes the tissue-specific nature of VK5211 will set it apart from from other testosterone therapies by conferring a greater safety and tolerability profile. Intended benefits from treatment with VK5211 are improved lean body mass, improved muscle and bone strength, and improved general physical performance as well as quality of life.

In October, 2017 VKTX hosted a key opinion leader (KOL) Dr. Magaziner who spoke on the necessity for an effective hip-fracture treatment. According to a figure in the presentation around there will be ~2 million hip fractures worldwide by 2020. Shockingly, according to statistics presented between 18-33% of the hip fracture population discussed die within a year.

The final phase 2 asset is VK0612 and is a potential therapy for type-2 diabetes. In total six phase 1 trials have been conducted with VK0612. The first were 5 in healthy volunteers and showed a favorable safety and tolerability profile. The sixth however, was in patients with poorly controlled type-2 diabetes. Subsequently a phase 2a proof of concept study was completed in patients with severe type-2 diabetes. The data generated supports VK0612 as a viable treatment option.

The remaining two assets VK0214 and VK01430 are intended as treatments for X-linked Adrenoleukodystrophy (ALD) and Hypertriglyceridemia in NASH, respectively. The former of the two should be initiating a phase 1 trial this year.

I an feel pretty confident that data from the phase 2b trial for VK2809 will support advancing it to phase 3. This is mostly based on the fact that MGL-3196 saw robust efficacy, has the same mode of action, and was tested in the same patient demographic Viking is targeting. The big threat in my opinion comes from competition from Madrigal if both products get approved. Not to mention other drugs could emerge that rival MGL-3196 and VK2809. Israel based Galmed Pharmaceuticals (GLMD) for example has gotten their liver targeted SCD – 1 modulator “Aramchol” through phase 2b targeting NASH fibrosis. Moreover, if VK2809 was not efficacious in patients with NASH fibrosis that would throw a big wrench in commercial plans. As mentioned earlier insurance would not be keen to cover a drug to treat NAFLD.

As of May 21st, 2019 VKTX trades at $8.64 per share whereas MDGL trades at $101.96. Considering that their respective drugs are virtually the same I believe VKTX presents investors with the better value proposition. Granted, MDGL is on-track to have the first to market advantage. But, is that worth a $93.32 premium? Frankly, it could be. But, on the flip side assuming that is true puts an enormous amount of pressure on MDGL-3196 to perform efficaciously in phase 3 and actually get to the market first. And, until VK2809 proves itself in patients with NASH fibrosis there is an overhanging risk of its own.

If successful though, I do not see why VKTX could not seek accelerated approval around the 18-month mark, if they make it to phase 3. Given that phase 2b will take at least a year I think the earliest VK2809 would be commercialized is 2023.

Its nice to see VKTX has ample cash to get them through the next few years. I also like how VX2809 is not the company’s only mid-stage clinical asset. Based on a preliminary review of VK5211 (for non-elective hip fracture surgery) and VK0612 (for type-2 diabetes) there appears to be some promise. Taken together, I think Viking Therapeutics is a solid a play in the NASH space. Investors should be aware though that it will be at least 2-4 years before Viking transitions from an R&D focused company to commercial stage.

I/we have no position in VKTX buy may initiate one in the next 72-hours.