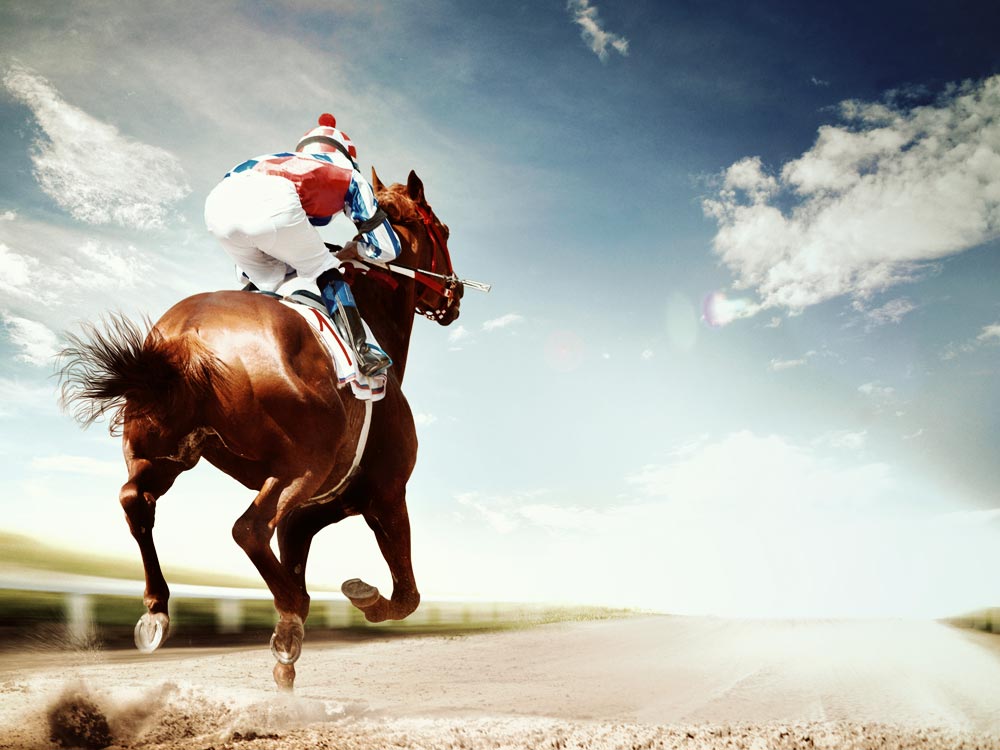 Last Thursday, April 18th, Mustang Bio (MBIO) exploded for a whopping 84% gain despite closing well off its daily high. This move was in response to news that St. Jude Children’s Research Hospital published results on the Lentiviral Gene Therapy product, now called MB-107, that Mustang licensed in August of 2018. While these results represent a great breakthrough, I am skeptical of Mustang’s future success. Here, I will explain why I am skeptical. This is the first part of a two piece series, where I will first discuss Mustang, and in the next article I will discuss a company in the CAR-T arena that I find more attractive with an upcoming catalyst.

St. Jude Children’s Research Hospital published data on eight infants less than 2 years of age with a rare disease called X-linked Severe Combined Immunodeficiency (XSCID). Those who remember the movie Bubble Boy, this is the same disease. XSCID is a rare disorder that occurs in roughly 1 in 200,000 live births. Essentially, a genetic mutation causes patients to lack a functional immune system, resulting in severe infections early in life. If untreated, patients tragically die by one year of age. XSCID is often diagnosed as part of State Newborn Screens. If this screen fails to identify the disease, then patients are often not diagnosed until they present to the hospital with a severe infection. Traditionally, therapy for XSCID involves immune reconstitution by a bone marrow transplant. This entails the challenges of finding a matched bone marrow donor, with the chance of a perfect match being highest with a sibling. Despite these challenges, infants with matched bone marrow transplants can have success rates as high as 90%. In the publication, they estimate matched sibling donors are only available for less than 20% of patients. This success rate is slightly lower if the transplant comes from unrelated donors.

In the study published, investigators evaluated a novel gene therapy approach in 8 infants with XSCID. In this approach, patients bone marrow is harvested, treated with the gene therapy product, and then re-infused into the patient. This alleviates the need for finding a donor, as the patient’s own marrow is used. The gene therapy product inserts a normal copy of the missing gene, in this case, IL2GR, into the patient’s genome. Previous attempts at gene therapy for XSCID have failed for various reasons, including only partial immune system reconstitution, vector-induced leukemia, or lack of durability. The product tested here is a second generation vector which has not been shown to cause the induce leukemia but did have reconstitution issues in the past. Investigators planned to get around this barrier by using low-exposure busulfan. Essentially, the busulfan will kill some of the patient’s blood cells prior to infusion, to make room for the modified cells that will be infused. Once these cells are infused, if successful, they will begin to produce the components of the immune system.

In Figure 1 below is data presented in the publication (each patient represents one line). These graphs show the number of vector copies in various cells of the immune system: T-cells (CD3+), B-cells (CD19+), NK-cells (CD3-CD56+) and myeloid cells (CD14+/CD15+). This shows the gene that was inserted into the patient’s genome and then infused into the patient was integrated and expressed over a period of at least twelve months in at least seven of the eight patients. In Figure 2, graphs of the various immune system components are presented. As you can see in panels A through D, the majority of patients showed marked increases in the various components of the immune systems (the dotted line represents the lower limit of normal range). In panels E and F, we can see much more variability in the levels of these blood components after treatment.

These results showed immune reconstitution within six months of the infusion and showed a fairly stable expression for the majority of patients over the twelve months. The majority of the immune reconstitution was on the innate side (t-cells) of the immune system, with variable responses for the humoral side (b-cells). The outlier in this study was patient 1 (the blue line), who showed persistent maternal T-cell engraftment and failed to show benefit from the therapy. Notably, four of the patients went on to receive vaccines, of which over half showed signs of protective antibodies after vaccinations.

All in all, I find these results extremely encouraging for the XSCID community. The advances in gene therapy are being recognized for conditions like hemophilia A, hemophilia B, sickle cell disease, and now XSCID. These have been further validated externally by the acquisitions of companies like Spark Therapeutics.

While I view these results quite positively, I am concerned as to whether there is in fact a large business opportunity for this. Based on the statistics provided in the St. Jude publication, and from other resources, there are an estimated 20 to 40 infants born with XSCID in the United States annually. This therapy was studied in infants who lacked a matched sibling donor (reminder 20% of patients have matched sibling donors), so this would only be roughly 80% of those 20 to 40 infants.

Furthermore, the gene and cell therapy products on the market thus far have failed to impress. For example, in 2018 Spark Therapeutics generated just $27 million in revenue for their commercial product Luxturna (approved in late 2017). This is the equivalent to shipping 75 vials, and there is no ability to know how many of these vials were or have been used. Another example is the underwhelming execution of logistics and sales for Gilead’s Yescarta and Novartis’s Kymriah. These medications are likely a better representation of the logistical issues Mustang would encounter with a commercial launch. There would likely be a limited number of centers nationwide that would provide this therapy. These centers would either need to have a lab onsite to modify the patient’s harvested cells, or the complex shipping logistics would also come into play.

On top of these challenges, Mustang has licensed this therapy from St. Jude. The terms of this agreement include a yearly maintenance fee of $0.1 million, which is very minimal. Also, Mustang has $13.5 million in milestones to pay St. Jude if achieved, in addition to royalty in the mid-single digits on net sales. Additionally, the manufacturing of the product has not been done in-house, and the expense of a third party manufacturer would eat into potential products. Taking all of this into consideration, I find these results extremely beneficial for the XSCID community, but a very difficult business opportunity for Mustang.

Mustang has an impressive array of candidates in the pipelines as displayed in Figure 3. What makes Mustang interesting, is their pipeline includes CAR-T cell therapies for both blood cancers and solid tumors. Currently, the best evidence for the use of CAR-T cell therapy is in blood cancers. While there are many promising candidates, I have my concerns relating to the future execution and financial aspects. First, all pipeline candidates were licensed from other research organizations. This means the company has outstanding milestones to be paid if/when the candidate’s progress, as well as royalty payments on any future sales if approved. Most of these royalty rates are in the mid-single digits, which I will say is beneficial as opposed to a higher rate. As mentioned above, currently, Mustang relies on third-party manufacturers to supply clinical products. This does incur an additional cost, but as of 2018, Mustang has opened their own cell processing facility that they intend to utilize once they file their first IND application. This should prove to be beneficial in the long run, if executed properly. This will be for only CAR-T related candidates. Mustang intends to rely on contract manufacturers for non-CAR-T candidates, like the XSCID candidate.

My second concern relates to financials and funding. Thus far, all the clinical trials for candidates in Mustang’s pipeline have been conducted by their partners, not Mustang. In 2018, Mustang’s loss from operations was $31.2 million. Excluding license expenses, this number is closer to a loss of $28 million. My concern is these expenses are without Mustang conducting any of the clinical trials of their licensed products on their own. Within the loss from operations, $5.7 million was spent on Sponsored Research and Clinical Trial Agreements with academic partners. I anticipate Sponsored Research and Clinical Trial Agreements costs will eventually decrease, but likely be outpaced by the costs of conducting clinical trials on their own, meaning the operating expenses will only grow. A pipeline of eight candidates will be costly to develop. At the end of 2018, Mustang had approximately $34 million in cash, cash equivalents, and short-term investments. In early April, Mustang did announce that they had entered into a $20 million debt financing agreement with Horizon Technology. Of this, $15 million was funded upon closing. Despite this additional funding, Mustang will likely need to raise additional funds by the end of 2019 or in early 2020, pending additional licensing deals and burn rates. Of note, Horizon was also granted warrants to purchase 288,184 shares of Mustang at an exercise price of $3.47 per share.

Furthermore, as mentioned above, Mustang has yet to complete a clinical trial themselves. In fact, they have yet to have an IND of their own approved. I find this to be a risk, given the unknowns of management’s ability to execute on achieving an IND approval, followed by completion of said clinical trial. As also discussed above, the functionality of the cell processing facility opened in 2018 is another risk. Given this is another first for the company, this could delay clinical trials, or incur further costs if third-party processing is needed.

Furthermore, Mustang’s stock price has shown weakness after the recent results. Since January of 2018, the stock price has dropped from above $12 to the $3 range prior to the announcement of the XSCID results. Even after the results, the stock price rose to over $10 but failed to maintain this level, failing greater than 40% off this high to close the day at $5.64, near the low of the day. In the days following, the price has continued to wallow unconvincingly with continued decreased volume, suggesting a continued downtrend in the absence of any further catalysts. With the price jump on the news, there is also a gap open between $2.86 and $5.05, which I expect to get closed as the volume continues to dry up and interest wanes. These developments are further demonstrated in the charts created by Kevin Douglass below.

MBIO continues.. by follow_the_money on TradingView.com

While such a large pipeline will be costly to develop, I do believe that if management is able to execute on the first few candidates, this will de-risk many of my concerns listed above. At this point, I believe Mustang is a company that may interest those interested in adding a purely speculative company to their portfolio. With that being said, Mustang is several years away from any approved medications given the fact they have not gotten one of their own INDs approved yet. Such early-stage companies are not part of my traditional thesis, and Mustang does not have enough allure to convince me to sway from this at present time. I will want to see the ability of management to execute on the cell processing facility, achieving IND approvals, and then fund the company without destroying shareholder value. Given the current setup of the fundamentals and technicals, I plan to wait on the sidelines and re-evaluate in the future.

This is in no form a recommendation to purchase/sell equities and investors should perform additional due diligence prior to investing.