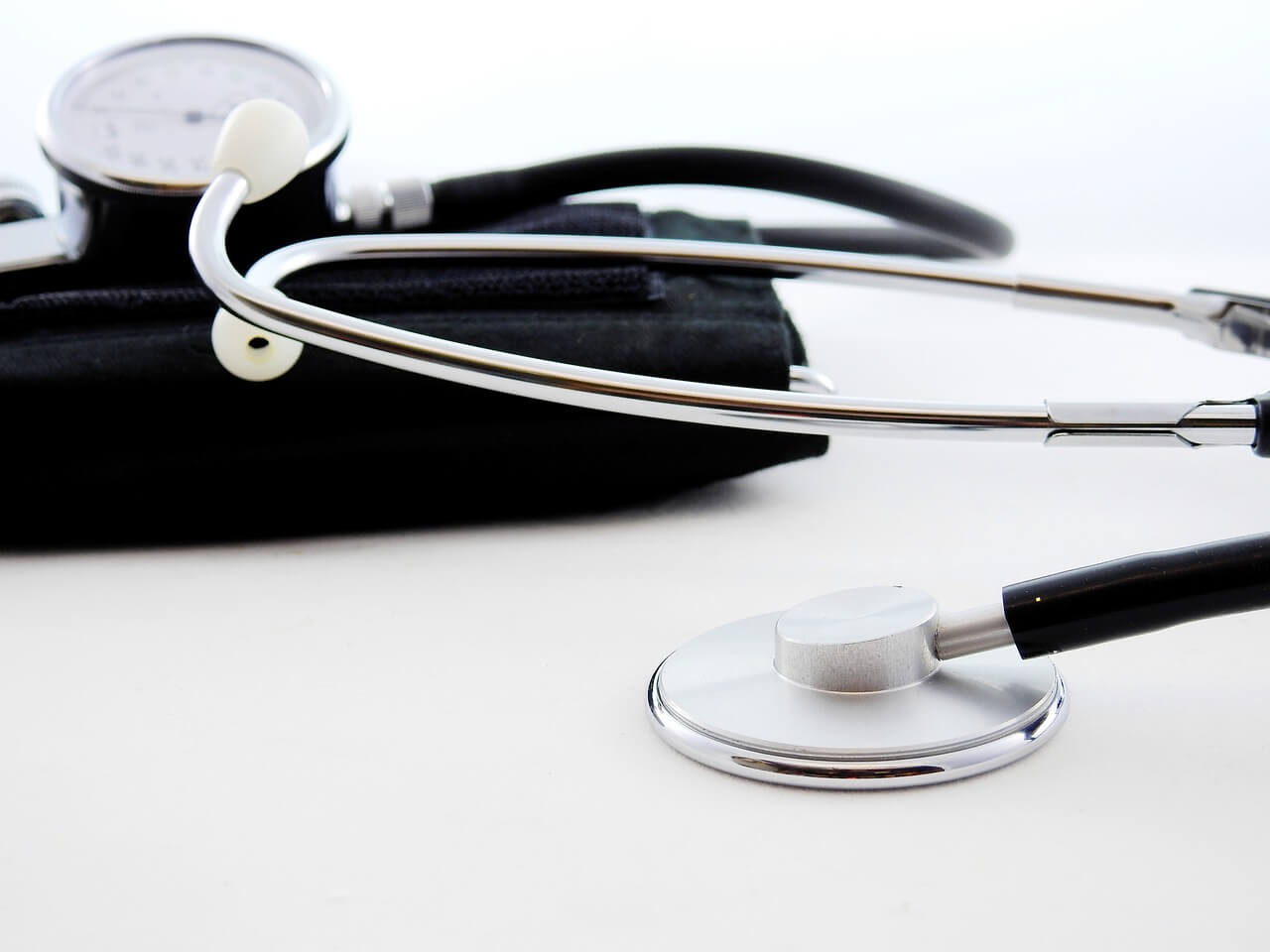 In this first article, I am going to introduce you to a company that is a leader in the treatment of NASH fibrosis. In the subsequent articles in this series, I will evaluate other companies I believe are most fit to capitalize on the NAFLD/NASH market opportunity by fulfilling different parts of this unmet medical need.

Worldwide NAFLD affects about 25% of adults while NASH affects another 3 to 5%. In the U.S these figures are even more staggering with NAFLD/NASH affecting 34%/12% of adults, or in other words, 42 million people. Sadly, even children are at risk, especially those that are overweight and have type 2 diabetes. In fact, NASH progresses even faster and more aggressively in children than adults. Additionally, both age groups have an increased risk of developing liver cirrhosis and cancer.

So, what is NAFLD/NASH exactly an how do you get it?

At the foundation of NAFLD/NASH is fat retention and accumulation in the liver attributable to metabolic dysfunction combined with dietary and lifestyle habits. Once liver fat content passes 5% an individual is considered having NAFLD. Over time if untreated liver cells can become inflamed, surrounding cells (hepatocytes) balloon out, and scar tissue develops ( fibrosis). This later stage I just described is NASH fibrosis.

Over time NASH fibrosis can progress to NASH cirrhosis (liver cirrhosis). At this point liver cells begin to die and the likelihood of liver failure, cancer, and death increase dramatically. A critical characteristic of NAFLD/NASH is they occur without any alcohol consumption. If you think of all the Americans who abuse alcohol (many them already may be predisposed to NAFLD/NASH) you’ll quickly realize drugs for NAFLD/NASH have immense societal, medical, and economic value.

Not everyone who develops NAFLD progresses to NASH. In fact, most do not. But at the same time NAFLD is correlated with other serious health risks such as liver cancer and heart disease underscoring the necessity to monitor and manage the disease. Adopting an exercise regime and changing one’s lifestyle habits can suffice. Others though, have metabolism that are too out of whack and require medical intervention. Hence the bio-pharmaceutical race to commercialize drugs addressing this unmet medical need.

The NASH market value has been projected on the high end at $35-$40 billion annually by 2025 and on the lower end at $13.86 billion. Either way, it suffices to say NAFLD/NASH is a behemoth market opportunity. People who invest in the right companies now can take their net worth to the next level.

Essential to the investment strategy discussed here is the fact that no one drug is going to treat the entire NAFLD/NASH spectrum. Rather several treatments will emerge in the next 2-3 years each uniquely designed for specific disease stages.

One of the biggest roadblocks for developing therapies has been a lack of mechanistic understanding of disease manifestation. Yet, an assortment of risk factors are known to be linked to NAFLD/NASH. Some cannot be controlled like age and genetics. It is widely accepted though that regardless of these other factors central to NAFLD/NASH is fat accumulation. Thus, lifestyle induced obesity is a predictive characteristic of high NAFLD/NASH susceptibility.

Obesity On The Rise

Since 1990 obesity rates have been increasing consistently. According to self-reported data from the Behavioral Risk Factor Surveillance System (last updated in 2018) obesity rates exceed 35% in 7-states, 30% in 29 states, and 25% in 48 states.

An article published by researchers last year modeled the NAFLD epidemic demonstrating an exponential increase in the burden of the disease. In 2015 there were ~83.1 million cases of NAFLD. That number is predicted to reach 100.9 million cases by 2030. Regarding NASH incidence rates things get interesting.

By 2030 NASH prevalence is poised to hit 27 million cases (up 64% from 2015), and these documented cases are shaping to be more advanced. In 2015 3.31 million people (20% of all NASH cases) diagnosed were characterized as having advanced liver disease (late-stage fibrosis). In 2030 the model predicts that figure will increase 160% to 7.94 million cases. Moreover, the prevalence of liver decompensation events (decompensated cirrhosis/liver failure) is set to rise by 180%! Do gloss over that last part. Liver decompensation is the margins between a faulty liver and death. Patients who progress that far rarely recover.

What’s the take away? Safe and efficacious treatments for NAFLD/NASH are desperately needed and can generate substantial revenues. Especially if they have the “first to market” advantage.

Basically the opportunity is this: Every day people like you and I can double or even triple our net worth by 2021 (potentially sooner) by investing/funding the development drugs for treating NAFLD and NASH. The first company discussed in this series is a front runner to be first-to-market.

Madrigal is one of the most highly priced NASH companies. A good representation of the sizable market opportunity up for grabs can be seen by investors reactions to a May 2018 press release from Madrigal. Their lead drug candidate MGL-3196 achieved medically and statistically significant (p<0001) improvements in fat content in patients with NASH fibrosis compared to a placebo. The key words being “statistically and significant”. Often in biotech drugs only show a clinical benefit as a “trend” or “pattern”. It is the exception, not the rule for data to be as unambiguous as was the phase 2 data Madrigal reported. Consequently, the share price skyrocketed nearly 200% instantly from ~$108 to $313 per share. Since then Madrigal has shed its gains and now trades in the lower $100 range, as is also common in biotech.

To treat NASH Madrigal is targeting lipid metabolism in the liver. MGL-3196 binds to beta thyroid receptors in liver cells leading to decreased levels of fat, triglycerides, and LDL-cholesterol. Importantly, MGL-3196 is specific to the beta thyroid receptor and does not associate with the alpha receptor. If it did there would be a high risk of adverse effects in the heart and bone marrow.

Highlights from the phase 2 trial included: Patients taking MGL-3196 experienced absolute, relative, and ≥30% liver fat reductions vs. placebo treated patients. And as I pointed out, this difference was statistically significant! In an extension portion of the study 14 placebo patients were exposed to “high doses” of MGL-3196. Among them there were “highly significant” reductions in liver fat, cholesterol, and triglycerides (Figure 5).

Furthermore, microscopic examination of liver cells showed key achievements. MGL-3196 treated patients had ≥2 point reductions in NAS scores (NAS scores are calculated as a function of cellular inflammation, ballooning, and fibrosis), and high levels of NASH resolution (characterized as low levels of ballooning and inflammation and a 2 pt reduction in NAS score) (Figure 6). Moreover, ≥1 point reductions in liver fibrosis scores were observed in 32% of all patients who underwent liver biopsies (data not shown).

The next step for Madrigal is to conduct a phase 3/4 study confirming the efficacy and safety of MGL-3196 for treating patients with NASH fibrosis. This is already underway per a press release from the company on March 28th, 2019. The phase 2 portion of the study will include 900 high-risk NASH patients having NAS score≥4 and fibrosis scores 1-3. The phase 4 portion will include up to 2000 patients.

The primary endpoint that will make or break Madrigal’s chances of gaining FDA approval of MGL-3196 (brand name ““) is NASH resolution after 52-weeks of treatment.

Using NASH resolution as a surrogate endpoint Madrigal plans to file for accelerated approval at the 52-week mark. If granted, they could file a New Drug Application (NDA) and potentially take resmetirom to market as early as summer 2020. Of course, they would still have to complete the phase 4 study leg to verify a significant clinical benefit.

What I like most about Madrigal is that resmetirom addresses an underlying cause of NASH (fat accumulation in the liver). And that phase 2 clinical data showed this effect very distinctly without any safety red flags. At the same time one must ask; do I want to pay the heft price tag for a company that is yet to prove itself? At this juncture in our evaluation of Madrigal let’s take a peep at their latest form 10-K and a few other filings.

For those of you unfamiliar with the stock market form 10-Ks are filed annually by publicly traded companies. They contain comprehensive information regarding the company’s finances, revenue, business operations, legal issues, risks, and a plethora of other things pertinent to stakeholders. Form-4s are filed any time an executive or director of the company or person/institution owning ≥10% of the company buy or sell shares. Companies also file them when employees are awarded stock options.

Madrigal is a research and development (R&D) focused company and as such have no revenues. Thus, the company’s $1.63 billion valuation has an enormous premium priced in based on potential. According to their 2018 annual report (form 10-K), Madrigal had $483,718,000 in cash on December 31st, 2018. The average cash they spent each quarter on operations in 2018 was $10,170,500. For the immediate future, they have ample funding to carry out a phase 3/4 clinical trial. Madrigal is a relatively lean company. Out of their 17 full-time employees, 12 work in R&D and regulatory activities. The remaining 5 are executives, administrators, and a couple of consultants. I imagine sometime in the next year or so Madrigal will need to start building sales and marketing infrastructure. The good news is their cash position should be enough to do most this, but I would not rule out an offering or debt financing to bolster their preparedness for a commercial launch.

On March 7th Madrigal added three form-4’s to their Securities Exchange Commissions (SEC) filings. The forms outlined options awarded to top executives/directors (CEO, CMO, and CFO). In order, they were awarded the right to buy 50K, 38K, and 28K shares at $127.96 with 25% of the shares vesting (available to purchase) on March 07, 2020 and 6.25% every three month period after that. The only stipulation being that the person is still employed by the company. What I take from this is that Madrigal’s leadership is betting on themselves. The only way they benefit from these options is if they can substantially grow the share price.

My biggest concern is that the phase 3 study won’t meet investors expectations. After such stellar phase 2 findings the bar is set high. People need to keep in mind disease pathology of NAFLD/NASH is complex with many moving parts. Changing the conditions which MGL-3196 performs under even a little could be mean less compelling data. In the planned phase 3 trial key differences are the use of a new oral formulation of MGL-3196 and the inclusion of patients with more advanced NASH.

Madrigal is targeting a prime disease stage (i.e. early to intermediate NASH fibrosis). As outlined in the FDA’s draft guidance for developing NASH drugs the fibrosis stage is key. Given that fibrosis is the best predictor of poor clinical outcome for patients with liver disease including cirrhosis, liver failure, and death the NASH fibrosis stage demands medical intervention. MGL-3196 directly treats patients in this category.

However, at $105 per share I am not a buyer. Yes, the market opportunity before Madrigal is huge and they could certainly become a commercial leader. But, at the same time if something happens that instills doubt into shareholders Madrigal’s share price has a long way to fall.

There are many other companies in the NAFLD/NASH space with promising drugs also in the later stages of clinical development and at a fraction of the price. In the rest of this series will explore the these companies and decipher which ones are present the best value proposition.

I have no position in Madrigal Pharmaceuticals.