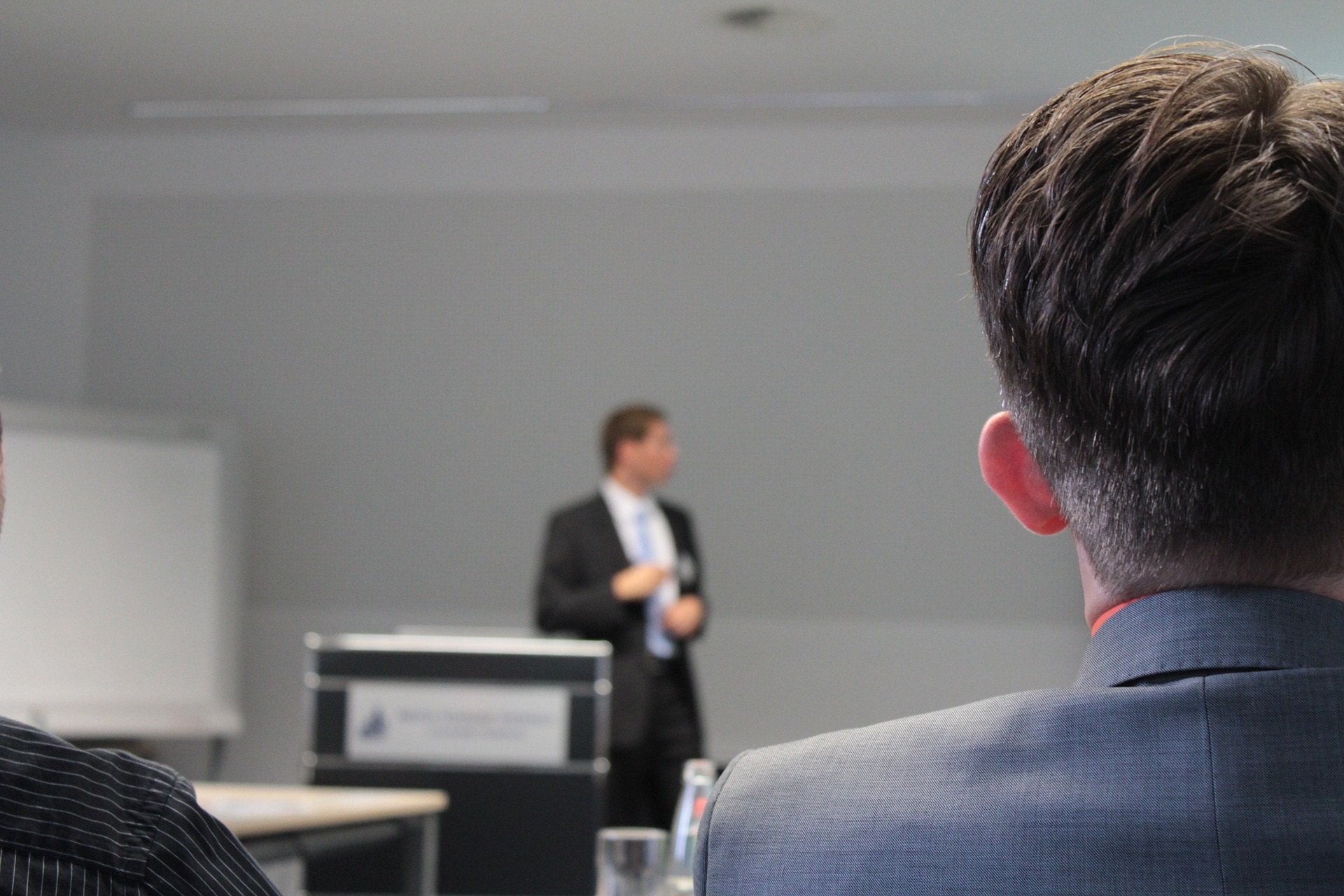 In a new series for MS Money Moves Premium Members, Chris Stang a PharmD candidate at the University of Findlay and Nationwide Pharmacy Intern will evaluate a few pieces of data releases from health conferences. These may include preclinical through late-stage updates for companies of various sizes. The idea is to give premium members a glimpse at pertinent information surrounding up and coming biotech companies in support of gainful investment decision making. Feedback from Premium Members will be used to guide a subsequent in-depth article dissecting the company members are most interested in. Take the survey in this article or on the site to cast your vote! All right let’s take a look at four companies that presented at AACR…

Atara is seeking to enter the Chimeric Antigen Receptor T-Cell (CAR-T) space with a unique approach, leveraging its off-the-shelf, allogenic immunotherapy candidates. The traditional CAR-T cells, or autologous, have been shown to have efficacy in many difficult to treat blood cancers, but can be plagued by the issues of delayed turnaround (manufacturing) and difficulty harvesting cells. By manufacturing CAR-T cells from donors that can be infused into patients as needed, Atara hopes to upend the first generation of autologous CAR-T cells.

Atara has studied this approach with their initial candidates ATA188 and tabelecleucel (see figure 1 for pipeline). In 2018, Atara entered into an expanded agreement with Memorial Sloan Kettering (MSK), which in December of 2018 revealed an agreed upon CAR-T program target of mesothelin. In brief for this target, MSK has developed an autologous CAR-T, which includes identifying a promising target (mesothelin) and the technology needed to reprogram the patient’s T-Cells to target mesothelin. The patient’s cells are also modified to prevent decreased efficacy as the result of the body’s Programmed Death Ligand -1 (PD-L1). Furthermore, this allows the CAR-T to be combined with PD-1 inhibitors like pembrolizumab to promote an immunostimulatory effect, further increasing the chances of CAR-T cell activity. Atara, licensed this product, in which they will combine their technology and knowhow to create an allogenic or off-the-shelf version of this CAR-T cell, so as to avoid the difficulty and delays seen with autologous CAR-T therapy.

At AACR MSK presented data on their autologous portion of the program, with the idea being once proof-of-concept was established, Atara will continue with development of an allogenic candidate (now called ATA2271). This Phase 1 study sought to determine the appropriate dose, safety, and initial activity of the autologous CAR-T therapy in patients with mesothelin-associated malignant pleural solid tumors, primarily mesothelioma, who progressed following prior standard platinum-containing chemotherapy. It was then seen than many patients received immunotherapy after therapy (pembrolizumab). In the results presented, MSK reported that in the subset of 11 patients with malignant pleural mesothelioma (MPM) who received pembrolizumab after the mesothelin targeted CAR-T therapy, the overall response rate (ORR) was 72%, with 2 durable complete metabolic responses and 6 partial responses. Furthermore, 6 of these 11 patients had PD-1 negative tumors, which is a controversial subset of patients for PD-1 targeting therapy at this time. The 72% ORR compares favorably to the historical ORR of 5% to 29% seen in MPM patients treated with a checkpoint inhibitor alone.

The next step for this program is to combine MSK’s mesothelin target with Atara’s ability to reprogram cells from donor’s cells and determine if the same activity is seen in the allogenic setting instead of the autologous setting. Atara also has three additional next-generation CAR-T programs in the pipeline (references in figure 1). These are also intended to be allogenic candidates. They cite plans to file the first IND for these next-generation CAR-T therapies in the fourth quarter of 2019 or first quarter of 2020, however, it is unclear which program will be filed first. While Atara has many shots on goal with a robust pipeline, it is not without risks. On January 3rd, Atara announced that the company’s President and Chief Executive Officer would be stepping down. Then again on March 29th, Atara revealed a member of the Board of Directors elected to resign effective immediately. This follows a consistent pattern of insider sales, albeit the majority are 10b-5 plan sales. Taken together, these developments make me uneasy about what seems to be very promising science.

Calithera is potentially one my most favorite microcap biotechnology stocks. Calithera focuses on the targeting tumor metabolism as an approach to treatment. This is advantageous for Calithera as their medications are oral small molecule inhibitors, which are being combined with successful medications. At AACR, Calithera provided a preclinical update for its 4th product candidate, CB-708, which target soluble and bound CD73. CD73 is an enzyme that will break down the molecule AMP to adenosine, which is a known immunosuppressive molecule. The thesis of CB-708 is to inhibit CD78, which will result in a decrease in the immunosuppressive adenosine levels. Calithera hopes that by decreasing this immunosuppressive molecule, the body’s immune system will be better able to attack and kill tumor cells.

These results look up-to-par for preclinical work, and very similar in nature to the data they have shared for several of their other candidates now in clinical development. First, CB-708 does not kill cells by itself in a petri dish, which makes sense, as CB-708 focuses on preventing the immune system from being down-regulated, which is not part of a petri dish experiment. Secondly, CB-708 reverse immune suppression of the body’s immune cells, which provide preclinical proof of concept for the mechanism of action. Finally, when treating cancers in preclinical models (mice), CB-708 has both single agent and combination activity. Single agent activity and combination activity is presented in Figure 2. The most active combinations appear to be CB-708 + anti-PD-L1 and CB-708 + oxaliplatin, as each of these combinations resulted in multiple complete responses. However, all three combinations show impressive activity when combined as opposed to each agent used alone. The majority of data was presented in the EG7 T-cell lymphoma model, however, Calithera has yet to reveal what they intend to study CB-708 in once in clinics, only that a Phase 1 trial should be initiated in 2019, which will be something to watch for. Calithera has several other catalysts on the horizon this year for its other candidates, which could provide validation or concern for the approach of targeting tumor metabolism, pending the results of these clinical results.

On January 22nd, TG Therapeutics (TGTX) announced that it had received Breakthrough Therapy Designation from the FDA for its candidate Umbralisib for the treatment of Marginal Zone Lymphoma (MZL). At AACR, TG presented data on the interim analysis cohort, which helped lend to the granting of the Breakthrough designation. Specifically, the patients with MZL recruited for the registrational UNITY-NHL trial needed to have relapsed or be refractory to previous treatment and have received at least one prior regimen with a CD-20 targeting agent. The trial is fully enrolled with 72 patients, and the data presented at AACR represents 42 of these patients, or the number of patients who have been enrolled for 9+ months at the time of the data cutoff.

Umbralisib is a PI3K inhibitor. There is a minor difference, but this places umbrasilib in the same class as Gilead’s idelalisib and Verastem’s . The issue being, these drugs are notoriously plagued with adverse events and tolerability issues. Both idelalisib and carry multiple black box warnings on their package inserts. But how does stack up? The safety profile from the interim UNITY-NHL is presented in Figure 3. It appears that causes lower incidences of serious diarrhea/colitis, pneumonitis, and hepatotoxicity compared to the reported rates of these events in the idelalisib and package inserts. These are notable adverse events that have black box warnings for one or both idelalisib and .

On the efficacy side, demonstrated an ORR of 52% (Figure 4). ORR was the primary endpoint for this trial, of which, 19% of patients had complete responses. The clinical benefit rate, which includes patients with stable disease, was 88%. As TG notes, there are no agents that are fully approved for MZL. Furthermore, many of the regimens that are recommended by the NCCN for relapsed/refractory MZL involve chemotherapy and/or multidrug regimens with infusions. TG’s would have the benefit of being an oral only agent that is not considered chemotherapy but rather targeted therapy. Regarding the lack of fully approved agents, Breakthrough designation will give TG the option to file for accelerated approval, which again, is not considered full approval, but would all to the list of available agents. Either way, TG will need to differentiate itself and break the stigma of toxic adverse events PI3K agents can cause. This is something Verastem has noted to be a hurdle early in its launch of .

At AACR, Aveo Oncology (AVEO) and its partner Biodesix presented data on their shared compound ficlatuzumab. This was an investigator-sponsored trial in patients with high risk relapsed/refractory acute myeloid leukemia (AML). A look at the NCCN guidelines for relapsed/refractory AML (Figure 5) reveals suggestions of clinical trials and highly toxic chemotherapy regimens. We also see that therapy can be directed based on the exact mutation the patient has.

The results of this trial, being coined CyFi, revealed complete responses (CRs) in patients with both the IDH2 and FLT3 mutations, which have their own distinct recommendations in the guidelines above. As this is an early stage trial, it did include a dose escalation phase. When evaluating all patients, the ORR was 50%, with all responses being CR. When looking at the expansion cohort after a dose was selected, 6 of the 12 patients had a response, all of which were CR (ORR 50%). As AVEO notes, there was an incident of death from sepsis and multiorgan failure, which was determined to be disease related. There was one patient who withdrew from the trial following grade 4 gastrointestinal bleeding, which is believed to be related to ficlatuzumab. This is a potential concern for Aveo and investors. This could be suggestive of further adverse events, or just an unlucky event that will not be replicated. With that being said, this is a very difficult to treat disease with limited options, and as such, the degree of acceptance for adverse events may be higher than traditionally seen in other cancers given the unmet need.

Aveo notes that a randomized phase 2 trial is planned. I am interested to see if and what mutations they may target, given the activity seen in patients with IDH2 and FLT3 mutations, as this could provide a more linear and accelerated regulatory approach. I am also intrigued to ensure no further safety signals are seen, especially bleeding related. As I have previously noted in my last article on AVEO, ficlatuzumab is being co-developed by Aveo and Biodesex. AVEO and Biodesix will split the costs of all clinical, regulatory, manufacturing and other costs 50/50. As such, AVEO and biodesix would split any potential future revenue 50/50. So, one must consider this when valuing ficlatuzumab. Regardless, this pipeline update is a positive for AVEO and helps alleviate the dependency on their lead compound tivozanib.