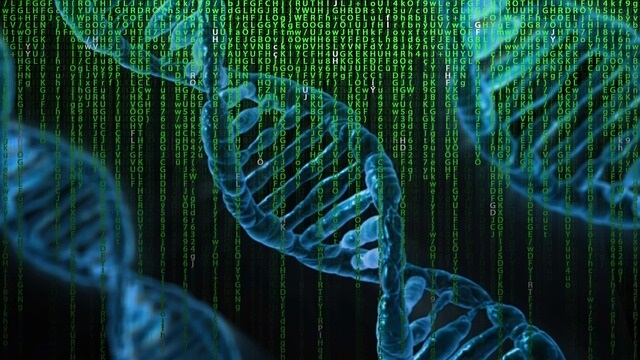 2019 is undoubtedly the year of gene editing. All three major gene editing biotechnology companies have kicked the year off with monumental studies. As the results of these experiments get published, investors and the general public will get a glimpse of the potential future for these exciting technologies.

Sangamo’s SB-913 aims to fix the chronic lack of a digestive enzyme called iduronate-2-sulfatase (IDS) in patients with Hunter syndrome by delivering a working copy of the IDS gene to liver cells. Meanwhile, CRISPR Therapeutics’ leading pipeline candidate, CTX001, is a potential treatment for rare blood diseases such as beta thalassemia and sickle-cell disease.

While the results of these studies will have a major impact on humanity’s wellness and understanding of the genome, investors might want to use the results to differentiate between investment opportunities and make an informed decision on backing the most likely winner in this space.

Here’s what investors need to know:

It’s important to note that not all gene editing companies are focused on the same technology. Sangamo has been working with a technology called zinc-finger nucleases (ZFNs), which has been around since 1995. The company pioneered the technology when its founder, Edward Lanphier, decided to investigate whether ZFNs, a family of proteins that can bind to DNA, could be used to regulate the production of proteins in people with genetic disorders.

CRISPR Therapeutics, by comparison, is focused on a more recent innovation. The company was created in 2013, shortly after the proprietary CRISPR/Cas9 gene-editing platform was discovered and modified for clinical studies. The CRISPR/Cas9 technique, which combines the Cas9 enzyme and a guide RNA, directly edits genes by precisely cutting DNA and then letting natural DNA repair processes take over.

The differences in techniques are critical, because it means the failures of one company’s clinical tests do not necessarily invalidate the entire field of gene editing altogether.

In fact, investors were unimpressed with results from the most recent stage of clinical trials for Sangamo’s SB-913 and punished the stock throughout 2018. Meanwhile, CRISPR administered the first dose in its human clinical trials for beta thalassemia treatment on 25th February this year and expects to administer another dose for its sickle-cell disease halfway through the year. CRISPR’s stock is up 19% year-to-date.

Gene editing is probably the fast growing sector in medical therapeutics at the moment. A swathe of different biotech companies and pharmaceutical giants are involved in either clinical tests or research and development in this space.

According to data by Grand View Research and Allied Market Research, the global gene therapy market  could grow at an annual compounded rate of 19% for the next decade, and may be worth $4.4 billion by 2023.

CRISPR is on track to wrap up its clinical trials by 2022. Successful trials and market deployment could generate $1 billion in annual revenue from CTX001 alone. That’s not to mention all the other potential therapies the company has in the pipeline over the next ten years.

However, Sangamo is further along in its clinical trial pipeline. Besides SB-913, the company has two other treatments in early-stage testing – SB-318 for the treatment of rare genetic disorder mucopolysaccharidosis type I (MPS I) and SB-FIX, a targeted treatment of hemophilia B.

Sangamo has also managed to secure some high-profile and highly lucrative partnerships with major pharmaceutical companies in recent years. Pfizer (NYSE:PFE) licensed gene therapy SB-525 from Sangamo in 2017. The company is collaborating with Bioverativ on the development of ST-400 and BIVV-003 – potential treatments for beta-thalassemia and sickle cell disease.

Perhaps the biggest green flag for Sangamo investors is the company’s deal with Gilead Sciences (NASDAQ:GILD). The California-based biotech giant paid $150 million upfront to license the company’s proprietary ZFN technology for use in developing next-generation, off-the-shelf cell therapies for treating cancer. As part of the deal, Sangamo could generate a total of $3 billion in revenue, depending on its ability to cross certain milestones.

The risks section in Sangamo’s most recent 10-k filing goes to show just how tricky early-stage biotech stocks can be. According to the company’s own admission, the chances of success in early-stage trials is relatively slim. Even if the trials are successful, the company will have to conduct advanced trials with larger sample sizes. This requires the sort of expertise and resources that Sangamo simply doesn’t have.

The company may have to look out for collaborative deals with larger pharmaceutical companies to complete these later stages of the clinical trial process. But the treacherous journey doesn’t end even after these advanced (and expensive) trials.

The company (perhaps with the support of a larger partner) must then work with regulators to create a pathway for the products they hope to offer. Here’s a direct quote from Sangamo’s 10-K:

We have not yet reached with regulatory authorities on the development pathway for our product candidates. As a result, we have not yet determined what endpoints would support approval for certain of our programs. Due to the novelty of certain programs, such as SB-913 and SB-318, the endpoints needed to support regulatory approvals may be different than originally anticipated. For example, in order to support regulatory approval for SB-913 and SB-318, we may be required to detect certain levels of enzymes in patients.

In other words, the final product may be significantly different than what was initially planned.

Meanwhile, getting a potential product through regulators takes years and is heavily capital intensive. Drugs must be approved by the US FDA and the European Medicines Agency, (EMA) and perhaps a handful of other drug regulatory bodies in different parts of the world.

All this while other players are trying to get rival drugs into the same market.

These risks also apply to CRISPR, and investors must be well aware of the process before diving in.

As you’d expect from early-stage biotech companies like these, there’s no fundamental basis for valuations just yet. Both companies are currently losing money and deploying tons of cash in clinical trials and R&D.

In terms of market cap, CRISPR ($1.86 billion) is more than twice the size of Sangamo ($909 million), despite the fact that Sangamo generates sizable revenue.

Over the past twelve months, Sangamo generated $84.45 million in sales, while CRISPR only managed $3 million. Sangamo’s stock trades at a price-to-sales ratio of just 10.77, while CRISPR trades at a whopping 596 PS ratio.

Also, consider the fact that SGMO has partnerships, collaborations, and deals in the bag that promise billions in cumulative revenue for the foreseeable future, while CRISPR is still in the experimental stages and the team has to deal with lawsuits on its core patents and a potential link to cancer.

It’s also worth noting that both companies have similar amount of cash (including cash equivalents and marketable securities) on the book – $400 million for Sangamo and $450 million for CRISPR – but the former trades at only two times cash. In other words, there’s $4.45 in cash (with cash equivalents and marketable securities) for every $8.90 SGMO share.

It’s clear that investors are more excited about Crispr’s future than Sangamo’s history and results. It’s hard to say which company will come out on top, but from a purely financial perspective Sangamo seems better placed and better priced.

Gene editing is an exciting space with tons of lucrative opportunities. However, it’s undeniably difficult to pick winners at this early stage. Considering the current status of clinical trials and financial strength of both companies, Sangamo comes out on top as the more fairly priced.

However, much could change over the next few years, so investors simply need to take a closer look, do their research, and make their own call.