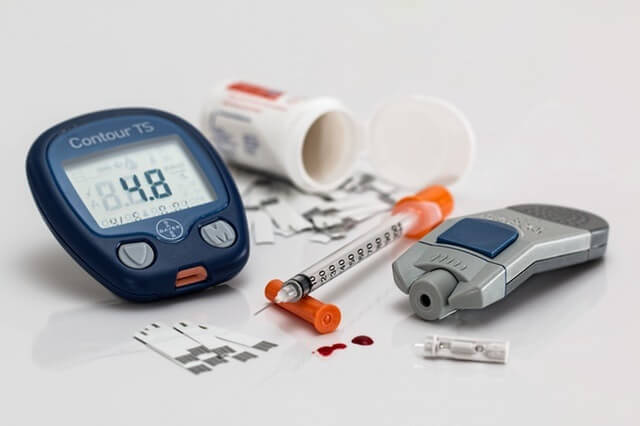 Novo Nordisk (NYSE: NVO) is a global healthcare company engaged in diabetes care, obesity care, and biopharmaceuticals. The Company’s diabetes and obesity care segment covers insulin, GLP-1, other protein-related products, such as glucagon, protein-related delivery systems and needles, and oral anti-diabetic drugs. The Company’s biopharmaceuticals segment covers the therapy areas of haemophilia care, growth hormone therapy, hormone replacement therapy, and products to treat obesity. In this analysis, we will only focus on the diabetes business.

Something Feels Very Strange In The Kingdom Of Denmark

Let’s look a little bit into the crystal ball and focus on treatments and market share. Novo Nordisk´s cash cow is the diabetes franchise which amounts to  81% of their sales (see figure below). Given the high dependence on that business, let’s give it a closer look.

Sales of diabetes and obesity products remained nearly flat and have only increased by 1% measured in Danish kroner and by 6% in local currencies to DKK 93,904 million. Novo Nordisk is still the market leader in diabetes care with a global value market share of 27.9%  compared with 27.4% in 2017. The market is only expected to grow as the U.S. alone spends 11% of its health expenditure on diabetes. India and China are most affected by diabetes with over 120 million patients. A majority of diabetes patients are either undiagnosed or lack basic treatment. North America is the leading geography followed by Europe and the Asia Pacific. The Asia Pacific is expected to have the highest growth rate amongst the regions. North American market is driven by high awareness, availability of reimbursements and high expenditure on healthcare.

Once-daily is a long-acting insulin used to control high blood sugar in adults and children as young as 1-year-old with diabetes. Its Novo Nordisk´s second bestselling diabetes product and according to the latest figures, EvaluatePharma thinks that Tresiba will generate revenue of nearly $3.4 billion in 2024, with a market share of 5.7%. I remain slightly less optimistic as there is increasing Biosimilar competition in the U.S. In case you are not familiar with the term, a biosimilar is a biological medicine highly similar to another already approved biological medicine (the ‘reference medicine’). While Biosimilar penetration is fairly high in Europe, the US market remains fairly flat. As of January 2019 15 biosimilars have Food and Drug Administration (FDA) 2018, only three are actively marketed, while the others are either tied up in patent disputes. Novo Nordisk´s conference call materials for the first nine months of 2018 allude to biosimilar competition but use a somewhat strange metric.

By using weekly volume shares for one specific week in September, Novo Nordisk was able to claim 13.5% market share while in reality, it is somewhat closer to ~3-4%. However, what is even more interesting is the increasing market share of the biosimilar competition. By Novo Nordisk´s own admission there is zero difference between Tresiba and Lantus (insulin glargine U-100) in adults with type 2 diabetes. Studies confirmed that when administered once a day, Tresiba and Lantus provided similar blood sugar control. No clinically important differences in the risk of hypoglycaemia (low blood sugar) between Tresiba and comparators were observed in clinical trials.

Scott Gottlieb, the FDA commissioner, expressed his frustration with high insulin prices in a series of tweets in December 2018.  Novo Nordisk was also explicitly called out in a Congressional Research Service report on insulin costs and its high margins were highlighted. Scott is furthermore suggesting that interchangeable insulin will be attainable as of  March 2020, when insulins will be regulated as biologics, and, thus, competitors will be regulated the same way as biosimilars. The guidance , among other things, that insulin products will not be eligible for a lucrative 12-year exclusivity period, despite now being regulated as biologic products, which typically are protected from competition for 12 years addition, once an interchangeable insulin product is approved and available on the market, it can then be substituted for the reference product at the pharmacy, potentially leading to increased access and significantly lower costs for patients. Given the availability of Biosimilar competition to Tresiba, this space remains interesting to watch. To get a better picture of the evolving market lets zoom out and better understand the competition. There have been a lot of entry’s, exits and the obligatory law-suits.

Semglee, biosimilar Insulin Glargine is produced by U.S. generics giant Mylan Pharmaceuticals (NYSE: MYL) and India-based biologicals specialist Biocon. Mylan and Biocon received approvals from the European Commission and the Australian Therapeutic Goods Administration in May 2018. In November 2018, Semglee was launched in the United Kingdom and South Korea[. While the product is approved in the European Union it has yet to reach approval in the United States, where it is the subject of ongoing patent infringement litigation. Sanofi, the maker of reference insulin glargine Lantus, filed suit against Mylan in October 2017 alleging that Mylan infringed upon 18 patents and asked a federal court in New Jersey to intervene in any launch efforts. It should come as no surprise that Sanofi is fighting back as Semglee is a direct competitor to Sanofi’s blockbuster Lantus (insulin glargine), which had worldwide net sales of €5.7 billion ($6.7 billion) in 2016.

The lawsuit has not been the only challenge to bringing the follow-on insulin to the US market, as it received a Complete Response Letter (CRL) from the FDA in June 2018, citing production problems at the Malaysia plant responsible for producing the product. Arun Chandavarkar, Biocon´s CEO, readily acknowledged the problem in a recent earnings call and is positive to rectify the FDA´s concerns by March 2020. The CRL action only offers a short break for Sanofi’s top-selling product. Lantus sales in the U.S. have already dropped 28.7% to €498 million ($602 million) during the first quarter of 2018 and worldwide sales fell by 13.5% to €1,108 million ($1.3 billion). Sanofi is feeling the heat generated by its competition.

The whole convoluted biosimilar story takes yet another strange twist. Merck & Co., which is one of the world’s leaders in diabetes, was poised to launch its own biosimilar version of Sanofi´s Lantus together with Samsung Bioepis. In October 2018, Merck & Co. decided to exit the diabetes biosimilar field citing “anticipated pricing and cost of production”. The move did not come as a surprise to most investors as they did not see enough market potential for Mylan and Biocon. However, for Evercore ISI Analyst Umer Raffat, with Merck & Co. out of the picture, there is potential for Mylan and Biocon to gain market share in the oligopolistic diabetes market. Mylan owns the exclusive commercialization rights for the insulin glargine follow-on/biosimilar in the United States, Canada, Australia, New Zealand, the European Union, and European Free Trade Association countries. While Biocon has exclusive commercialization rights for Japan and a few other emerging markets, as well as co-exclusive commercialization rights jointly with Mylan in the rest of the world.

I am always suspicious if companies are not addressing policy developments like the FDA’s drive to increase biosimilar insulin competition and market penetration. Given these developments, Novo Nordisk will face increased challenges in the future given their vast exposure to the diabetes market.

MS Money Move and it’s Chief Operating Officer who is a scientist and individual investor, as well as its affiliates are not registered financial advisors. Our posts should serve as educational material to help you conduct due diligence research. Posts and articles are not directives or recommendations to invest in any security. We reserve the right to buy or sell any security for ourselves without any notification except when required by law. We are not responsible for the action of our affiliates. Investment theses may change due to the variable nature of the securities market. Because of this there is great risk when investing in stocks and options which can result is capital loss. Additionally, past performance by MS Money Moves or any security is not a predictor of future performance. Everyone should conduct their own research and due diligence before making an investment decision. We recommend you consult a financial advisor regarding any investment action.

The biotech sector is especially volatile. Stock prices may fluctuate substantially based on material or nonmaterial developments. We encourage everyone to familiarize themselves with clinical trial processes, relevant terminology, FDA/SEC rules and regulations, and the general processes of drug & therapy development/approval. Always do independent research in a security prior to investing.

Sebastian is an expert in understanding healthcare systems around the world and possesses an outstanding ability to estimate how politics can affect biotech and pharmaceutical companies. He started his career at Edelman PR where he serviced pharmaceutical clients and helped them to understand healthcare markets and therapeutic areas. After working at Edelman, he helped Roche to up-skill their global workforce and train the next generation of corporate diplomats. While working with affiliates around the world, he always followed the money in healthcare systems and worked with diverse stakeholders such as health insurance companies and ministries of finance.

After setting up his business, he continues to provide guidance to biotech and pharmaceutical clients that seek a better understanding of healthcare markets and the competitive landscape. Sebastian regularly helps companies to understand therapeutic areas and market segments around the world.

Sebastian graduated from the University of Maastricht (Netherlands) with a B.Sc. in European Public Health. He has a keen eye for statistical shenanigans and knows not to fully trust a companies annual report.