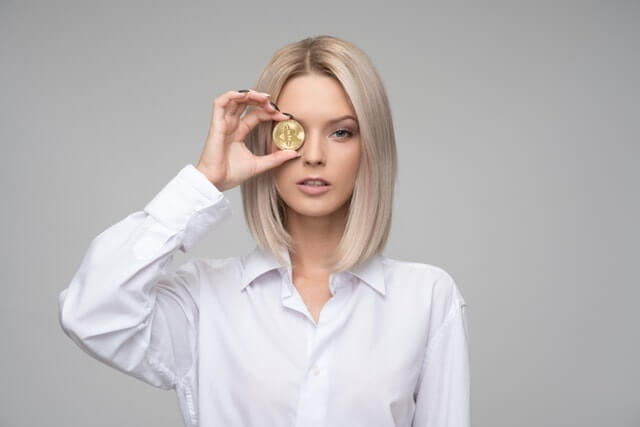 Bitcoin is a digital currency mined by computers via cryptography and blockchain technology  and created to decentralize the control of money by banks. The solution offered by bitcoin’s brainchild was to put the control in silicon hands (computer) vs. carbon (humans) ones. The generation and transfer of bitcoin ‘units’ is regulated by encryption techniques mined by computers through solving complex mathematical problems.

Cool stuff! But we believe most cryptocurrencies, especially bitcoin are poor investments.

We are not challenging that bitcoin is an unprecedented currency innovation or even it’s long term viability or price trajectory. We argue that in the short and intermediate term bitcoin price action will continue downward.  As prudent investors we will be our money elsewhere, primarily $GALT, $ADMP, and our biotech stock pick for September, which we will introduce soon to our followers.

If you don’t have a comprehensive understanding of bitcoin and blockchain technology you’re not alone. Most individuals under 30 and even more baby boomers do not either. If you can’t tell me a coherent definition bitcoin “in your own words” (teachers voice) then you don’t understand it well enough to invest in it. Don’t worry though, there’s few people on the planet with a full comprehension on blockchain tech and how it functions from mining to transfer and transactions of ‘coin’.

Investing in something you don’t fully understand is always a bad idea. In fact, one of Warren Buffets #1 rules is only invest in what you know. If Dave made $26K last month trading some obscure OTC stock and says; “ dude you should totally get in!” Don’t. You’ll either end up. 1) Stuck in a losing investment and sell for a loss 2) Hold indefinitely to break even. 3) Hold indefinitely and still sell for a loss 4) Or hold indefinitely and profit. The point is unless an investment is continually appreciating and increasing in value money tied up ultimately costs you because you miss out on investment opportunities.

Once there’s hype around a company or new technology and you see promotional ads to invest in it on google, YouTube, etc., it’s too late. Sure, there will be inter-day pops and dips, but it’s just that,  pops and dips. Or worse, a complete crash. Bitcoin’s price movement in the past 7 months is a prime example. Back in late 2017 bitcoin was on a strong upward trend increasing in price everyday. After reaching its peak of $20,000 USD in October 2017 the much hyped ‘currency of the future’ fell from grace losing 80% of its value in a matter of months. Since then it’s bobbed up and down incrementally presently sitting at $7,306 USD per bitcoin.

You don’t want to be trapped in a losing investment. Seasoned traders can spot a bubble inflating, buy in early and low, sell high and then buy their puts before the burst to capitalize on the stock/currencies decline. If you’re not familiar with puts check out or introduction to them here.

With regards to bitcoin, the hype has died down and some of these ‘zealous forces’ have been less vocal or disappeared. Bitcoin’s price  is stagnant with few realistic potential near-term catalysts. We anticipate further downside.  But don’t worry M&S has some alternative investment ideas with high growth potential. But we’ll get to that in a minute.

Bitcoin is not regulated, controlled, or tracked by the federal government making it ideal for illegal activities. It’s more practical today to buy drugs or a child with bitcoin than it is your Venti Caramel Macchiato at Starbucks. Oxford Law found nearly 25% of bitcoin users are associated with illegal activity and 44% of transactions follow suit. Sure, ATMs can serve as a portal to buy drugs too, but bitcoin encourages a more sinister circle inviting money laundering andinvestment in terrorism with complete anonymity. Its true, some the U.S. laws are outdated in regards to a handful of drugs. And cash  is the primary currency for buying drugs. Yet, bitcoin has become an integral part of illegal online dealings of a new magnitude. Anyone who has surfed the dark-web and meandered down the Silk Road can attest. No U.S. politician is going to embrace crypto currency until the legal and managerial implications have been addressed, which in turn will likely adversely affect bitcoins price.  When and if that day comes it’ll certainly involve rules, regulations and oversights absent now.

Researchers forecast that energy consumption from bitcoin mining will exceed present day global energy usage by 2020. Each bitcoin transaction consumes upwards of 250 kilowatts per hour. What’s more alarming is the bulk of this energy is derived from coal increasing our  carbon footprint and accentuating issues associate with climate change. At a time when energy production and consumption are focal points in academic and environmental activism circles it simply isn’t sustainable or feasible. Consequently, it is likely to meet staunch global social resistance negatively influencing bitcoins pricing.

Bitcoin simply cannot meet the volume of consumption needed to adopt and integrate it as a mainstream currency alternative. Digiconomist covers this thoroughly and presents similar criticisms regarding bitcoin’s sustainability. Given the circumstances it’s hard to envision macro-usage of bitcoin and a subsequent substantial rise value without resolving these challenges. And unfortunately for investors of the virtual currency all current solutions would likely have an adverse effect on the price.

There hardly is any. As the hype grew, so did the fees and soon consumers who were pursuing a bitcoin based strategy realized the currency was unable to compete with more traditional approaches like PayPal, Western Union, debit cards, or cash. Along with these high fees, price fluctuations caused spending of the currency to be VIRTUALLY impossible/impractical presenting more issues needing to be resolved. Not to mention bitcoins transaction speed is incredibly slow.

Last But Not Least

We like making money, not losing it. Scratch that, we love making money.  Jumping on a trending bandwagon is gambling, not investing, especially when the wagon has serious structural flaws and roadblocks impeding its success.

That decline you see in January  took over $44 billion off  bitcoin’s market cap. The obvious question is why?  Was it an overreaction resulting in bitcoin being grossly oversold? Was it by profit taking? Did the market decide bitcoins valuation was gettign out of hand? We believe bitcoin hit its ceiling. At that $20K people who made a profit started selling initiating a downward price movement. A dominoes effect ensued as others who bought high started losing money and sold too. From our prospective bitcoin has no intrinsic value and is only worth what the next guy or gal is willing to pay for it. When people decided 20K was high enough and started selling, or stopped buying, the price fell. Until crypto investors decide they’re willing to pay more for bitcoin it’ll keep trading sideways or downward.

The woes of bitcoin also negatively affects companies who  incorporate it into their business operations.  Take KODAK for example.

In January of 2018 KODK hinted it was incorporating crypto into it’s business and the price soared over 300% to $11 dollars/share overnight. Today it trades for ~$3.25.

The low hanging fruit has been picked. What’s left is retail investors hoping to make a buck and those with the capital to invest in high tech powerful computers to mine.  Some countries like Japan have adopted bitcoin, but in our recent trip to Japan we found 0 people using it and 0 locations advertising its usage. Considering this with the unreasonable energy demand required to mine and transfer coins, lack of governmental regulation and oversight, an affinity of for illegal dealings, and a lack of intrinsic value we recommend against investing in bitcoin

On a more positive not, we believe there is a potential for some cryptocurrencies. Take ethereum for instance, a crypto designed differently for different purposes. Bitcoin is a digital currency. Ethereum on the other hand can be thought of as ‘contracts’. Differences at the functional and mechanical level make ethereum more efficient and speedier than bitcoin. One  bitcoin transaction takes a whopping 78 minutes to complete compared to 6 minutes for ethereum. The potential for ethereum to integrate into the economy is validated by 9 companies joining The Enterprise Ethereum Alliance. Whats more astounding is the alliance was founded by respected financial institutions like JPMorgan Chase, Microsoft, Intel, and Credit Suisse speaking to the potential of ethereum.

As promised, we’ve got you covered with exciting investments with enormously lucrative  potential in the short and long-term. Stock pick for September coming soon.

GALT was our top biotech move for August, 2018. Since we recommended it two week ago the share price increased ~50%. We anticipate more upside in the coming weeks leading up to cancer data release, which is expected at anytime. Pending the results GALT could explode to the $10-$20 dollars per share. Read here to learn more.

The 3D Printing industry is rumored to be the next industrial revolution. Whether that’s an exaggeration or not, there’s piles of money to be made in this nascent market. An innovative example of human ingenuity poised to change the world and dismantle current  production, manufacturing, and shipping dynamics, 3D printing is more efficient, cost effective, and sustainable. In an article coming very soon M&S will explain why we strongly believe HPQ will be a dominant force in the 3D Printing market.

Read our latest article under ‘Stock Watch” to learn our thesis and outlook regarding ADMP.