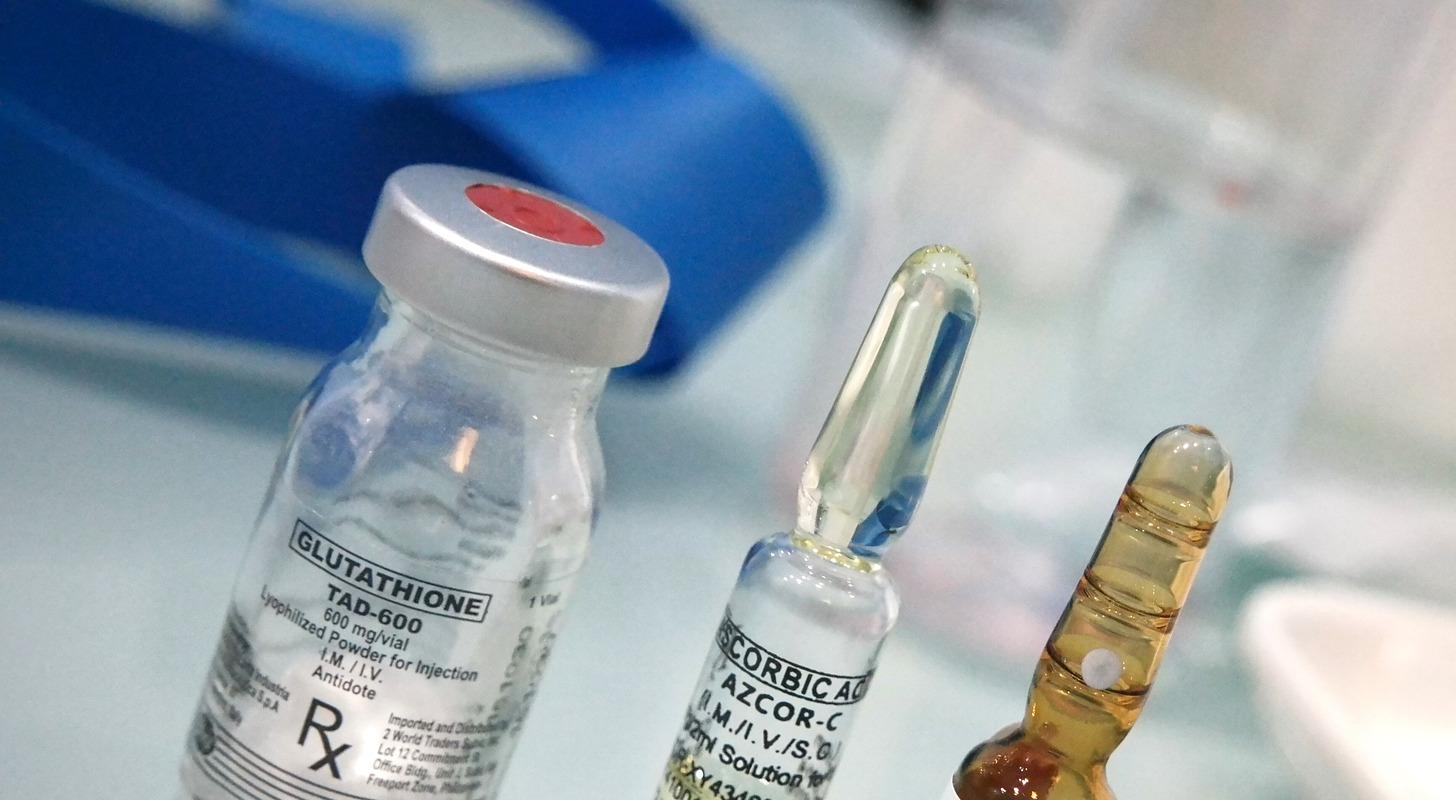 ADMP looks undervalued and oversold. The company has a PDUFA date coming up on September 27th for a lower dose (.15 mg) of its lead product SYMJEPI, an epinephrine pre-filled syringe. SYMJEPI .30 mg is already approved in the United States for urgent treatment of allergic reactions and anaphylaxis.  Additionally, ADMP has two other specialty pharmaceuticals in the pipeline through phase 3 and is preparing to file NDA’s. These compounds are FDA approved as well, only they were developed by other pharmaceutical companies. What ADMP did was incorporated them into their own proprietary delivery systems. In our opinion this increases the chance of FDA approval for ADMP’s devices. Especially considering their acquisition of U.S. Compounding Inc., a Admais subsidiary that produces customized medications, and a partnership with big pharma. Per usual in the biotech sector the market seems to have forgotten these facts as indicated by the share price hitting a 52 week low of $2.20. Granted ADMP completed an equity offering in August, 2018 raising $37.6 million dollars which contributed to the price decline. Since Wednesday August 22nd the stock has recovered 23% signaling a reversal as the market awakens to ADMP’s potential.

On July 1st, 2018 ADMP announced that it entered a commercialization and distribution agreement with Sandoz Inc., a division of Novartis Pharmaceuticals. The terms of which exceeded H.C. Wainwright’s analyst Jason Kolbert’s  expectation of a 70:30 profit split favoring Novartis. The agreement grants Sandoz commercial rights to SYMJEPI in the U.S. and first right to negotiations with Admais regarding commercialization in other territories in exchange for an upfront payment to ADMP, potential milestones payments, and a 50:50 split of net profits. The agreement was a big win given the loss of ADMP’s original partner, Allergan Plc, in 2016 after receiving a CRL in response to its NDA for it’s Epinephrine pre-filled Syringe.

The first question/concern that came to mind was what’s SYMJEPI’s competitive advantage? Mylan already offers an epinephrine injection in .30 mg and .15 mg doses. Following the price gouging scandal that hit in 2016 Mylan’s market share has shrank 30% as new competitors entered the scene.

In a little over a year EpiPen alternatives went from making up ~5% of the market to nearly 30%. The shift away from the EpiPen was largely driven by changes in insurance policy once insurance companies realized they could get effectively the same medicine for a fraction of the price. At the peak of the EpiPen price hike insurers paid $608.61 dollars per pack! That’s an astounding price increase over 500% in a decade. It’s easy to see how when CVS offered it’s own epinephrine auto-injector  for $110 bucks that Mylan’s pockets started hurting.

A significant factor in the EpiPen’s reign of dominance was its patent protected delivery system. ADMP’s epinephrine auto-injector SYMJEPI likewise has it own patent protected delivery system. Only its not an auto-injector but a pre-filled syringe that the company claims benefits consumers by being intuitive and easy-to-use . Considering the budding market space for alternatives and the fact that there is an EpiPen shortage, if approved, .15 mg SYMJEPI could be hitting pharmacy shelves at just the right time. Now don’t get me wrong. I think Admais has it’s work cut out for it as it faces off with Mylan’s EpiPen, Amneal Pharmaceuticals generic version of CV’s Adrenaclick ,  Teva Pharmaceuticals generic EpiPen, and others. But that’s okays because the epinephrine auto-injector market is projected to reach $2.4 billion by 2024 with a CAGR of 13.8%. Adamis is one of the key players in the industry according to a Market Watch report. Moreover, ADMP’s CEO claims SYMJEPI can satisfy consumer demand for an EpiPen alternative. Assuming Adamis could secure a modest 5% market share that would be $120 million dollars in annual revenue. Yet, SYMJEPI only comprises 20% of ADMP’s pipeline.

APC-6000-Naloxone NDA to be filed this year

It’s no secret that the United States is amid an Opioid Epidemic. In 2016 alone 42, 000 people died from opioid overdoses and that number only increased in 2017. Naloxone is a well-known, life-saving, opioid overdose medication that reverses the effect of opioids. In response to the crisis most states in the U.S. are taking legislative action to increase Naloxone accessibility.

Brain damage from an opioid overdose happens 4-5 minutes after cessation of blood flow to the brain. The average response time for an ambulance to reach an overdosing person is 9.8 minutes. Thus, it is paramount for Naloxone be onsite at places where opioid addicts live or spend time. Unfortunately, this is not always the case and marks an issue that states are addressing via ‘Pharmacists Prescriptive Authority‘. This benefits Naloxone suppliers because it means more prescriptions are written. ADMP is getting ready to submit an NDA for Naloxone administration with its Symject technology and thus stands to profit from the increasing Naloxone demand nationwide.

APC-8000-Tadalafil for Erectile Dysfunction (ED) and APC-1000 for Asthma/COPD are next in line for NDA submissions.

At 40 years old 5% of men have complete ED. By 70 that figure increases to 15%. Looking at mild to moderate ED the numbers are staggering. Half of men in their 50’s and 60% in their 60’s are afflicted. Statistics like these make Business Wire’s market research report estimating the ED market to reach $4.25 billion by 2023 seem conservative. APC-8000 should be quite competitive compared to Cialis’s Tadalafil. APC-8000 will be a sublingual tablet meaning it dissolves in the mouth avoiding the digestive tract penetrating the bloodstream quicker. According to ADMP, in 2017 Cialis generated $1.4 billion in sales in the U.S. If management can to bring APC-8000 to market it should become a substantial recurring revenue stream.

Eighteen million adults and 7 million children in the U.S. have asthma. Because the pathway to approval is well defined and widely accepted ADMP believes APC-1000 development is a low risk endeavor. APC-4000 is also intended to treat asthma/COPD and is engineered using patented Taper Dry Powder Inhalation (DPI) technology purchased from 3M. The pre-metered design should provide numerous advantages for consumers.

ADMP is a strong buy at current prices. We see substantial upside in short and intermediate term as there is a high probability of FDA approval for SYMJEPI .15 mg.  Long term looks good too pending successful development and commercialization of ADMP’s pipeline. Analyst assessments are in general agreement. There is a high price target of $13, low of $7.50 and median of $9.67 dollars according to TipRanks which translates to a 163% to 356% potential upside.

NDA filings this year for APC-6000-Naloxone injection and APC-8000-Taladafil should bolster the share price as well. We believe they stand a good chance of approval since the compounds are already FDA approved. The trick will be making sure the devices function properly delivering the right amount of medicine to avoid receiving a CRL. APC-1000 and APC-4000 for asthma/COPD are promising too but still need to get through pivotal phase 3 and proof of concept studies respectfully. And, we can’t forget the revenue generated by U.S. Compounding and its capability to meet medicinal demand in the veterinary space. We look forward to watching ADMP’s performance in the coming months and may open a position.

At the time of writing this I do not hold an equity or option position. I wrote this article myself, and it expresses my own opinions. I am not receiving compensation for it. I have no business relationship with Admais Pharmaceuticals.